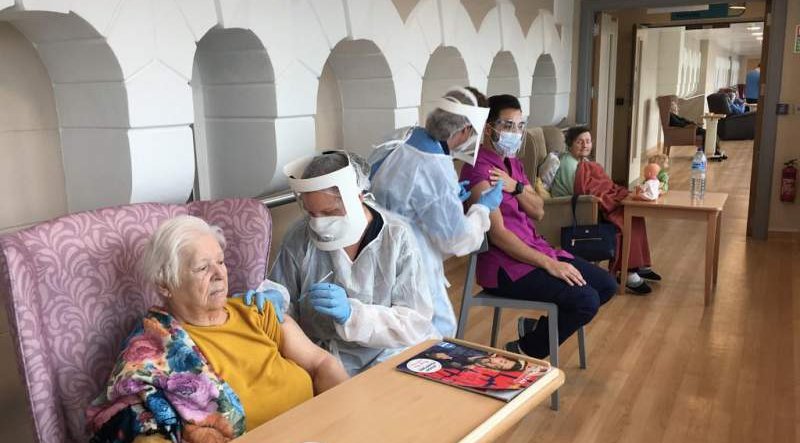 THE Gibraltar Covid Pass is not valid in Spain due to NHS error which won’t help the Spanish hospitality industry in the surrounding area in the few days left before Christmas and the New Year.

In a press release issued by the Government of Gibraltar late on Monday December 20, it was announced that the Chief Minister would be making a live announcement about the situation surrounding the pandemic on Thursday December 23 at 4pm.

Contained within this release was the following statement “It is important to note that new restrictions have also come into force in the region of Andalucia next door.

“It will no longer be possible by law to enter catering establishments or leisure areas there without the relevant COVID pass. This means the Spanish and EU COVID pass.

“The Gibraltar COVID pass is presently compatible with that of the United Kingdom only and the extension of that compatibility to EU Member States is currently under discussion.”

As this statement was in direct contradiction of European Union advice which covers 28 non- EU countries including the UK (and territories) and states clearly that their Covid passes are recognised throughout the EU, this writer contacted the Gibraltar Government and asked whether a mistake had been made.

A speedy response was received the next day and is as follows;

“HMGoG (Government of Gibraltar) is currently working with HM Government of the United Kingdom to include Gibraltar within the EU Digital Covid Certificate.

“The GHA Covid Pass has been built to be fully compliant with both the UK and EU Digital Covid Pass systems and has been fully tested.

“Indeed, the GHA Covid Pass was in full use and effect within the EU from the 8th November 2021 until the 11th November 2021 when an administrative error on the part of NHSx was discovered and Gibraltar was temporarily removed from the list of participating Countries, pending a notification process with the European Commission.

“The Chief Minister has raised this with the Foreign Secretary and both Governments are actively working to restore Gibraltar’s participation on the EU Digital Covid Pass.”

Time will tell whether the matter will be resolved quickly or indeed whether Spanish hospitality outlets will even be aware that there is a problem.

In the meantime, social media in Gibraltar (where the majority of people have received three vaccinations) contains numerous comments about the fear people have of forthcoming additional restrictions on the Rock and disappointment that they should be made to wait until Thursday afternoon for news with Christmas plans already having been made.

Thank you for reading ‘Gibraltar Covid Pass is not valid in Spain due to NHS error’ and remember that all articles produced by Euro Weekly News may be accessed free of charge.