Tourism is integral to Spain’s economy 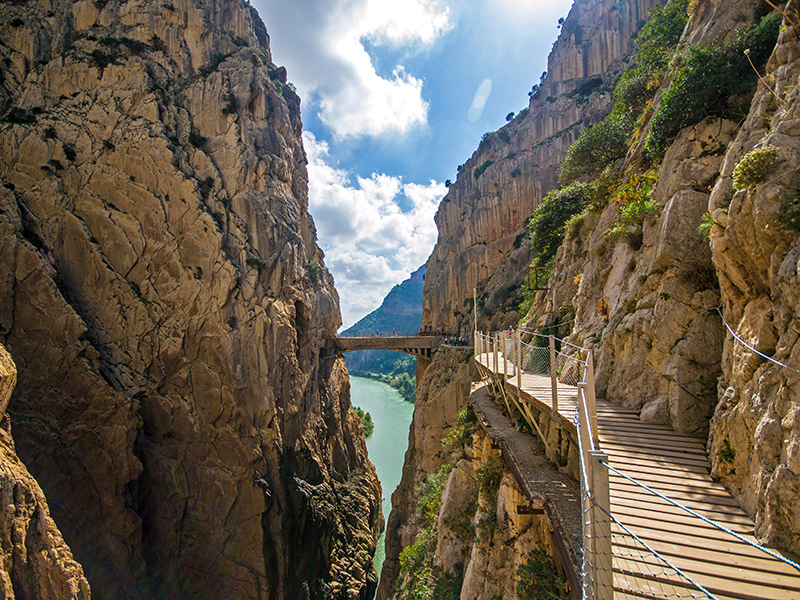 In 2018, almost 83 million holidaymakers reached Spanish shores, with visitors from the UK, Germany and France making up half of them.

In that year the industry generated 90 billion euros in international receipts. Long-haul markets have also begun to flourish as the numbers of South Korean, Chinese and American travellers increase, yearly.

What brings people in their droves to Spain is the year long good weather, 5,000 km of Atlantic and Mediterranean coastline, the ancient history and culture, world famous cuisine and a multitude of idyllic island retreats.

It’s a country with a diverse landscape, from mountains to rivers and from lush flora to arid desert, so accessing it all requires modes of transport of a similar variety.

Boat Hire is one of the more unforgettable ways to see Spain and her islands. Magical destinations exist that simply cannot be reached by any other means.

Cala Culip in the Cadaqués region on the Costa Brava is one of those places. It’s a small cove located in the Cap de Creus, a headland just 25 km from the French border.

The landscape is rocky with deep blue waters for boats of small to medium size and due to the rugged terrain, the only other way of accessing many of its features is via a strenuous hike. Figueres is the nearest town and is also the birthplace of Salvador Dali.

Further south along Spain’s well charted east coast lies La Cala Dels Testos in Alicante. Protected by the hundred metre high Falquí Hills on either side – a hotspot for rock climbers – the charming beach cove is largely unspoiled thanks to its remote and guarded position. Access by land is only for the canyoning inclined but seafaring folk can drop anchor in the bright turquoise sea.

Immediately to the south of the Balearics’ most vivacious constituent, lies the comparative serenity of Formentera, which has become a bit of an open secret among Ibiza regulars. But on the journey between the two, you’re likely to cruise right past Espalmador.

The pristine two square kilometres of low tides, white beaches and healing mud baths inland can be visited by arranged appointment only. The island has an interesting history of proprietorship and is still privately owned today, after being sold at auction in 2018.

Spain’s extensive train network can take you efficiently to all four corners of the country. From the Galician North West down to Seville in the Andalusian South, eastwards to the city of Murcia and its eponymous region then up to the Catalonian city of Girona.

Perhaps the most environmentally friendly way of travelling long distances within the country and with Eurail passes available, it can be kind to your bank balance also.

The Transcantabrico is one of the most famous rail routes in the country, taking you from the pilgrimage town of Santiago de Compostela via Bilbao to the food mecca of San Sebastian and then heading inland to its terminus in Leon. There’s an option to travel in extreme luxury with five star private sleeper cabins and restaurant carts to match.

The otherworldly mountain vistas of the Benedictine monastery in Montserrat can be reached in around an hour from the Catalan capital, Barcelona. The journey is short but take your time, the views are breathtaking.

Of course there are some parts of the country where only roads will take you.

The winding mountain roads of El Chorro, Malaga, are well documented. The thoroughfares are narrow in places and require some driving proficiency but you’ll be well recompensed for your efforts.

The passage  will take you to El Caminito del Rey or the King’s Path, a walkway carved into the walls and gorges of the Gaitanejo. En route you’ll pass the Conde de Guadalhorce Reservoir, a picturesque and serene expanse of water that’s best visited in spring.

The Cares Trail in the north of Spain, roughly an hour and a half from Santander, delivers 12km of unforgettable mountainous treks. The trail is compelling and varied with caged sections that cross the fast moving waters below.

Within the Picos de Europa National Park, the trail follows the course of the Cares river through the ‘Diving Gorge’. The main route ends in Caín but you can add an extra 10km to the journey if you want to continue on to Posada de Valdeón. The difficulty of the route is no more than medium with the first two steep kilometres being the most challenging.

For a more barren but equally impressive milieu, the volcanic hikes of the Canary isles deliver in spades. Las Cañadas del Teide National Park, home to Mount Teide is home to dozens of marked tracks of varying difficulty. The park offers little shelter so covering up and choosing cooler times of the day is a must.

Spain conceals a wealth of beauty beyond the hotels and beaches it’s most famous for. And uncovering its delights will provide lifelong memories. As with many things in life, the journey is often the destination.