A biologist attempts to commit suicide live on Catalan television 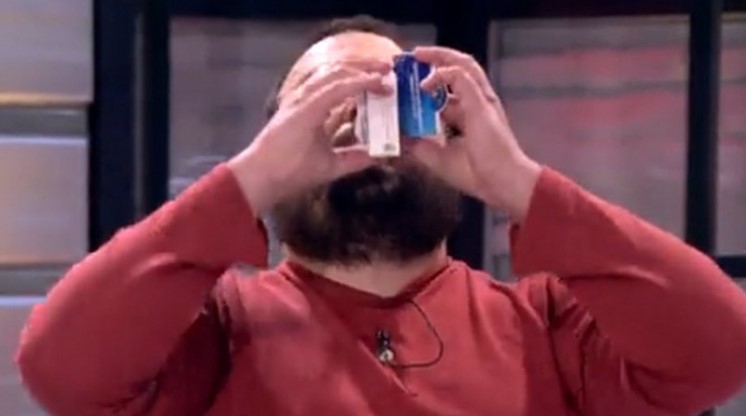 A biologist attempts to commit suicide live on Catalan television

In her customary introduction to the show, Villar explained, “Homeopathy has always been a source of controversy between those who emphasise its effectiveness, and those who criticize its lack of scientific evidence”.

Continuing, “Today there are doctors and professional associations that complement traditional medicine with these treatments, while others reject it. For some, it is about medicine. For others, simple placebo”.

To help with the debate on this highly controversial topic, Ms Villar introduced several guest specialists onto the show. They included Gonzalo Fernandez Quiroga, a homeopath, and member of the National Assembly of Homeopathy, and Ramon Nogueras, a psychologist, university professor, and author of “Why We Believe In Bullshit”.

Alongside them was Fernando Cervera, a member of the Association to Protect the Sick from Pseudoscientific Therapies. Everything started smoothly, with the main question asked of her guests being whether they think homeopathy should be considered as a science, or as a belief.

Fernandez Quiroga answered, “obviously, science”. Next to respond with his side of the argument was the biologist Fernando Cervera. Instead of indulging in a debate, he proceeded to consume a box of homeopathic sedatives, live on air.

Fernando Cervera did not die, or fall asleep, during the programme, which was obviously known beforehand, and according to the rest of the guests, has only gone to prove the obvious.

The Collegiate Medical Organization, the governing body of the medical profession in Spain, in its Observatory against Pseudosciences, Pseudotherapies, Intrusiveness, and Health Sects, warns that homeopathy is a dangerous pseudo therapy for patients.

In September 2017, the European Academies Science Advisory Council (Easac), formed by the National Academies of Sciences of the member states of the European Union, published a report warning about the null scientific evidence of homeopathic products, and the significant risks for the health of patients, as reported by larazon.