Burning inside out: Man reveals how he survived being electrocuted twice 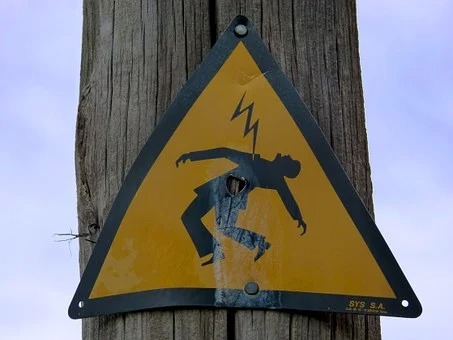 Burning inside out: Man reveals how he survived being electrocuted twice with 120,000 volts.

Troy Hall from New Zealand was only 22 years old when he was electrocuted twice in an accident that left him fighting for his life. He was hit with a staggering 120,000 volts of electricity.

Troy had been working on an avocado farm with his father back in 2011 and he was using a cherry picker to help him reach the avocados. Conditions were wet and he was near overhead powerlines.

The first arc of electricity jumped from the powerlines hitting Troy on the side of his head. The second time he was electrocuted the power went through his chest.

Speaking to The Daily Mail Australia Troy commented: “It lit me up in flames,”

“Dad was in a desperate attempt trying to get me down, I was six metres up in the air at that stage,

“I was completely blind after the accident I could only hear voices,

“The ambulance put me on the stretcher, at that stage I started swelling up about fives times my size in the end.”

Troy needed to be placed in a coma due to the extent of his injuries. He commented: “My first thought was ‘am I going to wake up?’”

Troy beat the odds though and woke up. He said: “When I woke up I realised how bad it really was, I couldn’t move, I couldn’t do anything and I couldn’t really see or talk,

“My body was burning inside out, like a microwave oven.”

Troy was determined to walk again even after doctors said that it was unlikely he would ever walk or talk again.

Troy made an amazing recovery and began to walk again after a few weeks. Even now he battles anxiety due to his appearance from his burns.

Troy explained: “I try my best to push through those negative thoughts.

“When I met up with the burns group they were a great support. I’ve embraced it now rather than being embarrassed about it.”

Troy has recovered well and has even started his own business. He hopes in the future that he will be able to employ other people as his company grows.

“I really want to start helping others with the money made from it and start giving back to the community,” said Troy.

“I want to start giving back to burns support group, St Johns, and the organisations that pretty much saved my life.”