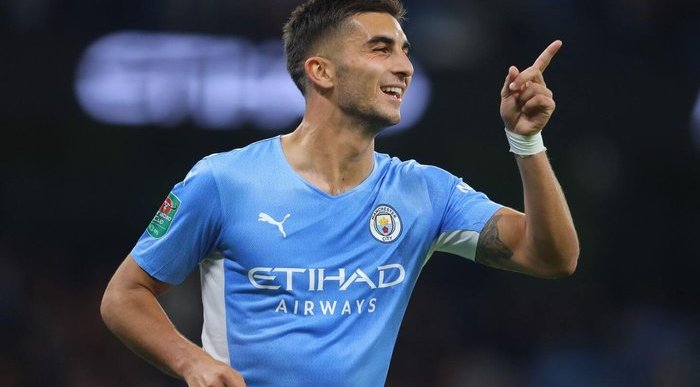 Manchester City have agreed a deal to sell Ferran Torres to Barcelona despite the Spanish club having well-known current financial troubles. They have been able to finance the deal through a bank loan. It is understood Barca have agreed to pay 55m euros (£46.7m) with a further 10m euros (£8.5m) in add-ons for the 21-year-old forward.

However, they will not be able to add Torres to their squad unless they sell some players in order to comply with La Liga financial fair play regulations. Spain international Torres, who has made 43 appearances and scored 16 goals for City since joining from Valencia in August 2020, has also agreed to the transfer.

He started City’s opening six matches of the season but after the goalless draw against Southampton, he was moved to the bench. He then suffered a foot injury while on international duty for Spain in October and has not been featured for City since.

Ferran Torres told Pep Guardiola he wanted to leave so he can get more first-team football under his belt and with the addition of Jack Grealish to the fold, the manager feels he has enough choice for starting forwards.

Barcelona have told Torres he will be the star of the side – something that appeals to him – and are prepared to match City’s valuation of the player. The Catalan side believes he will become one of Spain’s best players in the next decade alongside Barca teenager Ansu Fati. Barca has lost three world-class forwards over the last year, two due to their financial woes. Lionel Messi left for PSG and Antoine Griezmann was allowed to rejoin Atletico Madrid. Another City striker, Sergio Aguero, joined Barcelona but was forced to retire from football earlier this month aged 33 because of a heart condition.

For the Euro Weekly News´ complete guide to travel in Barcelona, click here.