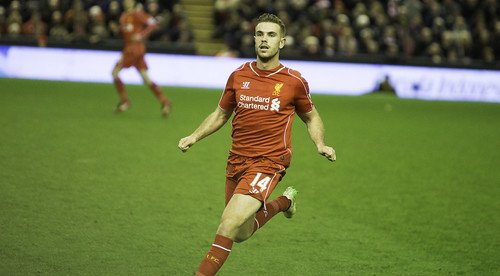 Liverpool Football Club captain, Jordan Henderson, has hit out at the fact he thinks players’ welfare is not being taken seriously as festive fixtures pile up and Covid takes out dozens of players across the Premier League. Including Sunday’s 2-2 draw at Tottenham, the Reds will play five games within two weeks despite Covid-19 cases and injuries.

“I don’t think people can appreciate how intense it is until you actually see it first hand,” said Henderson.

Speaking to BBC Sport, he added: “Football to us is everything and we want to be able to perform at the highest level every time we set foot on the pitch. And unfortunately, in this period it is difficult to do that.

“That has been like this for a few years now and it has been difficult but then, on top of that, you chuck in Covid and it becomes even harder and even worse. I am concerned that nobody really takes player welfare seriously.

“I think decisions get made – of course we want to play, as footballers, we want to get out there and play – but I am worried about player welfare and I don’t think anybody does take that seriously enough, especially in this period, when Covid is here.

“We will try to have conversations in the background and try to have some sort of influence going forward, but at the minute I don’t feel the players get the respect they deserve in terms of having somebody being able to speak for them independently and having the power to say actually this isn’t right for player welfare. I know people will say we do get paid a lot of money to go out and play football. I get that and understand that, but football is everything to us.”

Other people involved in the leagues have also spoken out as well as Jordan Henderson, with Liverpool assistant manager Pep Lijenders saying the schedule was “absurd”, and Chelsea’s Thomas Tuchel adding he is taking “huge risks” with his players’ fitness. Premier League clubs chose to fulfil festive fixtures at a meeting on Monday 20 December despite a rise in Covid-19 cases. Premier League players and club staff returned a record 90 positive Covid-19 tests last week, with six out of last weekend’s 10 fixtures postponed.