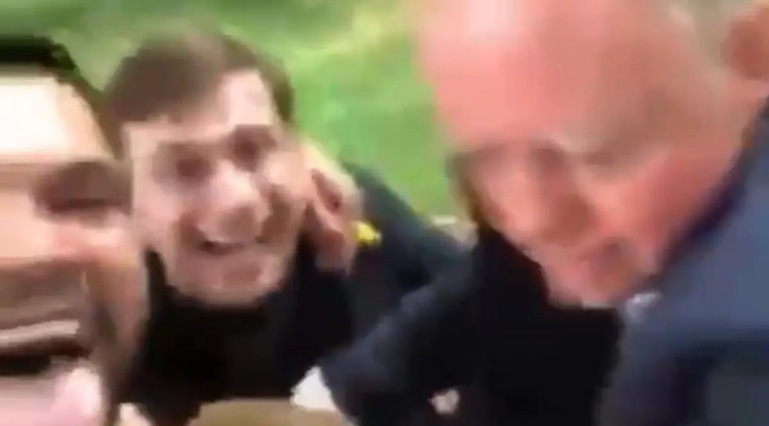 The man accused of assaulting Chris Whitty in July contested assault charges via video link from his bedroom while wearing a dressing gown.

The man accused of assaulting Chris Whitty in a park in central London contested assault charges via video link from his bedroom while wearing a dressing gown after saying he has tested positive for Covid.

Chew appeared at Westminster magistrates court yesterday, December 21, via video link wearing a dressing gown which slipped down to reveal his bare chest.

His lawyer Peter Fallen told the court Chew had tested positive for Covid.

Just before the hearing began, Fallen told the court he was withdrawing from the case because he was “professionally embarrassed.”

He told the court: “I am no longer able to continue to represent Mr Chew, I’m sorry to tell you, for professional reasons.”

Chew continued the trial without representation.

Prosecutor Daniel O’Donoghue questioned Chew’s Covid claim, telling the court he had attempted to make inquiries but the NHS has refused to share confidential information.

Police had visited Chew’s address to find out if he was isolating, however, his brother’s girlfriend answered the door and said he was not living there and stated that she did not know where he was living and was not aware he had Covid.

Chew became increasingly agitated during the trial, insisting Whitty should be at the court, he told the court: “The law is that I have the right for him to come.”

“I want Chris Whitty there.”

Goldspring explained that Whitty is not legally obliged to attend court as the facts of the incident had been agreed between the prosecution and defence, saying: “I suspect I know a bit more about the law than you do.”

Chew responded: “You’re getting it all wrong. I’ve been in court. I’ve agreed that Chris Whitty has to be in court.”

“I feel like I’m innocent. I’m answering an assault charge which I don’t think I’ve done.”

Goldspring replied: “A remarkable recovery, I might say, from where you were two minutes ago.”

Chew, however, said that he had “diagnosed coronavirus,” saying to the judge: “Are you saying corona is not real now? Feel like what you’re doing now is victimising me. You’re calling me a liar.”

Goldspring said: “Your cavalier approach to the severity of these proceedings is breathtaking.”

“What does cavalier mean?” Chew interjected.

“Let me finish,” said Goldspring. “I’m entirely satisfied that you’re not so unwell that you can’t participate in your trial.”

However, the trial has been delayed until January 4 2022 because Chew was unable to see the CCTV evidence via the video link.

“There does come a point, whether or not Mr Chew can or can’t see [the CCTV], that the proceedings become a bit of a farce,” said Goldspring.

Chew has been told to find new legal representation before the case goes back to court and he must appear in person. He is on conditional bail and must stay at the given address.

Hughes admitted common assault and was given an eight-week prison term suspended for two years. He lost his job as an estate agent after his employer saw the footage.