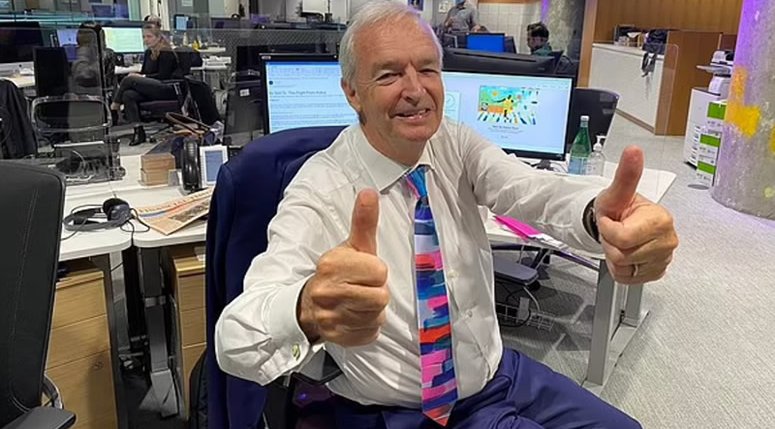 Jon Snow, the legendary 74-year old journalist and television presenter, will host his last-ever Channel Four News tonight, Thursday, December 23. After 32 years at the helm, the longest-running presenter in the programme’s history has finally decided to step down.

It is not the last we will see of Jon, as he will continue to work on other projects, including his charity work.

Hayley Barlow, the communications director for Channel 4 News took to Twitter this evening to post a photograph of Mr Snow in the newsroom. “Going to be an emotional day, our last shift working together, before the Channel 4 News lights dim at 8pm”, added Ms Barlow.

In a long and prolific career in journalism, Jon Snow started out in 1973 with LBC, then, in 1976, headed over to ITN. He worked as their diplomatic editor, and Washington correspondent. In 1989, Jon Snow joined Channel 4 as their main presenter, where he has remained ever since.

An ever-present on-screen, Snow has famously presented outside broadcasts on location from all corners of the globe, as he brought us news stories, and reports on events around the world.

Piers Morgan referenced Snow’s penchant for colourful ties, tweeting, “Farewell Snowy @jonsnowC4 after 32 years at Channel 4 News. You’ve been a consistently brilliant news broadcaster, and aside from the ludicrous ties, and dodgy helmets, a lot of fun too. Congrats on a great run – I’ll miss you!”.

Ciaran Jenkins, the Channel 4 News correspondent, shared a video on Twitter of a TikTok video that went viral earlier this year, featuring Snow performing a sea shanty. “The legendary @jonsnowC4 presents @Channel4News for the last time tonight. A superb journalist, unique communicator, and an inspiration to so many of us”, he posted.

Snow was described as a ‘legend’ by Lucrezia Millarini, the ITV News presenter, as she added, “Wow. A constant on-screen presence in my household growing up. Then I was lucky enough to work in the same building”.

His final show comes in the same week that the 62-year-old veteran presenter Andrew Marr also broadcast his last television show for the BBC, as reported by dailymail.co.uk.