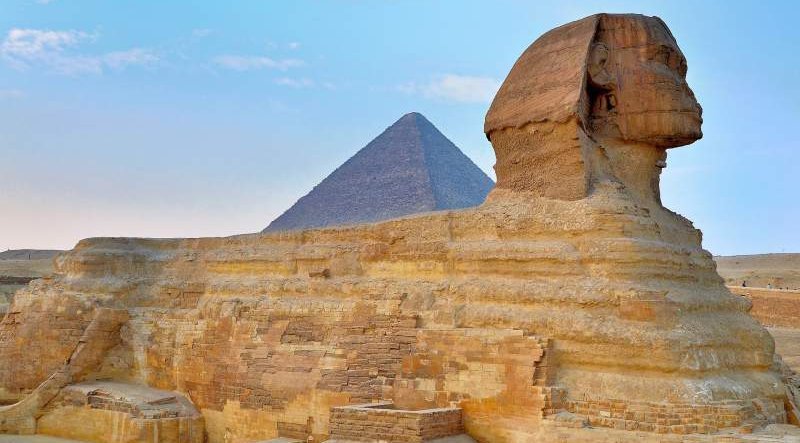 A renowned Egyptologist has said a “man-made chamber” has been discovered below the Great Sphinx in Egypt after a scan using new technology uncovered a ‘void’ below the surface. Dr Manu Seyfzadeh has made the claim after his team used non-invasive techniques to map the underneath of the famous monument.

According to reports by The Express the group have discovered many areas of interest, but the main section measuring 12 metres by nine metres, sits about five metres under the surface below the Sphinx. Speaking to YouTube channel Anyextee, Dr Seyfzadeh said: “This is a side experiment, it’s called seismic tomography.

“With this technology, you can test for spaces.

“So they were listening here and hitting the surface around the Sphinx and they were describing several areas that could be voids. One of those voids we believe is the most likely candidate for the Hall of Records.”

The legend of the Hall of Records is a popular one with people who hold alternative theories of Ancient Egypt, although no physical evidence has been found to date. The idea of an ancient library underneath the Great Sphinx was first coined by American clairvoyant Edgar Cayce and soon gained traction.

Pointing to an area around the Sphinx, Dr Seyfzadeh added: “It starts here, extends forward about 12 metres and nine metres to the side. It’s a big place and the scan showed right angles, corners and sharp edges. They think this is a man-made chamber about five metres below us.”

But the researcher does not think much evidence of its contents remains. He continued: “It’s most likely full of water because the groundwater level comes up to about five metres. According to my reconstruction, this archive was breached, this is not sealed. I think, and I have evidence, that the contents were removed and ended up in Hermopolis, Middle Egypt.”

While leading Egyptologist and former Minister of State for Antiquities Dr Zahi Hawass has denied all claims about a hidden city under the Great Sphinx, he did previously confirm the presence of three tunnels.