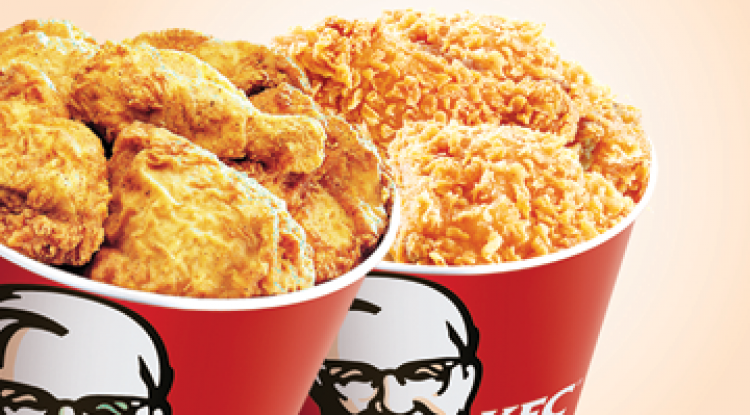 A diner who ordered at the KFC in Twickenham, London, was left disgusted after finding an entire chicken head in her box of hot wings. The customer, whose pictures and post are being widely viewed on social media, said the box contained an entire head still with beak and eyes shut.

Identifying herself as Gabrielle, the complainant, gave the take-away restaurant two stars on Just Eat saying: “I found a fried chicken head in my hot wing meal, put me off the rest, ugh.”

The post has been liked and shared by many users on Instagram, however many others have criticised Garbrielle both for her post but also for her two star rating. One user commenting “What does it take to get one star?”

Responding to the post on Twitter, KFC called it: “probably the most generous 2-star review ever,” clarifying that it was “genuinely surprised by this photo. Baffled, even.”

KFC have said they and Just Eat have investigated, but have not revealed their findings.

The company said: “Put simply – we serve real chicken, and we’re proud of that. We put really strict checks in place with our suppliers and partners, before our teams prepare everything carefully in our restaurants.”

They continued by saying they accept the error and have taken it seriously by putting in place further measures with our suppliers and teams to make sure this doesn’t happen again. KFC added: “that even the best laid plans can – on rare occasions – go awry. And this is an incredibly rare one.”

Keen to satisfy their customer and to make social media users and the general public aware that this is a rare mistake, KFC say they are in touch with Gabrielle and have invited her and her family to come down and meet the team, to see the kitchen process and: “feel confident next time she orders from us” as it hoped that she will be back leaving 5-star reviews for the company.

Quite how a chicken head got in a box of KFC hot wings is anyone’s guess, but then as the company says proof that we use real chicken in our meals.