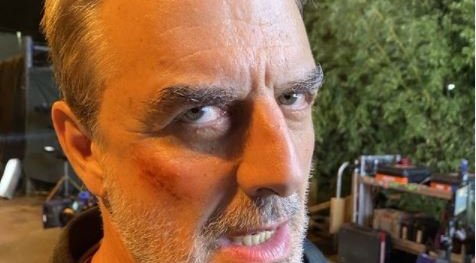 After allegations surfaced against the SATC star Chris Noth when two women separately came forward to the Hollywood Reporter to accuse him of rape, a further two women have described how he attacked them some years ago. The latest to come forward is singer-songwriter Lisa Gentile, who gave her account of events on Thursday 23 December.

Gentile met Noth in Da Marino, a restaurant in Manhattan where another of Noth’s accusers said she was assaulted by the actor. They met in 1998 when they were both regulars at the restaurant and then one night in 2002, he gave her a ride home and asked to see her apartment. Gentile said he waited until they were inside and then pushed her against a countertop, forcibly kissed and groped her.

“He was slobbering all over me, and I quickly became uncomfortable. He became more aggressive, put both hands on my breasts and began squeezing them very hard over my shirt,” she said on Thursday at a press conference. “I kept pushing his hands down while he was pushing mine up. I was trying to get him to stop. Then he pushed my hands down toward his penis.”

After she managed to push him away, she recalled “he became extremely angry and started screaming and calling me a tease and a bitch. He stormed out of my apartment.”

The next morning, Gentile added, Noth called, warning her that “if I ever told about what happened the night before that he would ruin my career that I would never see him again and that he would blacklist me from the business.”

“I was afraid to come forward because of Noth’s power and his threats to ruin my career,” Gentile said, adding that she was going public now to support the women who spoke out before her, anonymously, and to call for laws to extend legal limitations on adult claims of sexual assault, reports the Guardian.

Gentile’s account follows claims by three other women who say the actor sexually assaulted them between 2004 and 2015. SATC star Chris Noth has previously described the allegations as “categorically false”.

“These stories could’ve been from 30 years ago or 30 days ago – no always means no – that is a line I did not cross,” he told The Hollywood Reporter. “The encounters were consensual,” he added. “It’s difficult not to question the timing of these stories coming out. I don’t know for certain why they are surfacing now, but I do know this: I did not assault these women.”

Noth’s co-stars in the Sex and the City, and the new show in the series, ‘And Just Like That’, Sarah Jessica Parker, Cynthia Nixon and Kristen Davis, have all released a joint statement coming out in support of his accusers.