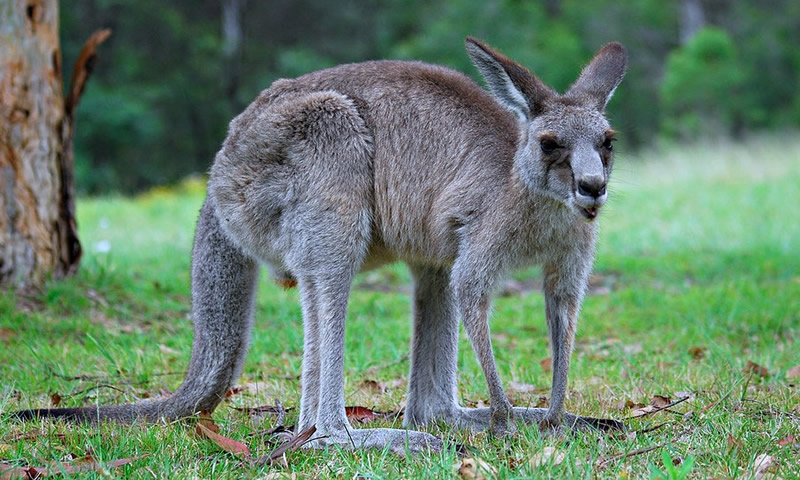 A pet kangaroo was reportedly strangled to death on Wednesday evening, December 22, after it allegedly attacked a man’s wife. This unusual incident occurred in the city of White House, around 20 miles north of Nashville, Tennessee.

The kangaroo, named, Carter, belonged to a couple called Hope and Chris Lea, who lived at the Fern Valley Road property. Carter had his own fenced-in enclosure at the property, which he shared with several other kangaroos.

The event started when neighbours of the Leas spotted that Carter had somehow managed to get out from his enclosure. They apparently called the marsupial’s owners to ask if there was anything they could do to entice Carter back inside his enclosure.

To lure him back inside, the best way was to offer him something to eat, the owners told their neighbours – who have not been named. They also reportedly told them that they would be home to take care of the situation themselves within the next hour.

Speaking with WKRN, their local news station, Carter’s owners explained how they came home shortly after, to discover their other kangaroos all bunched around his dead body. Tearfully, Hope told them, “I was screaming because all of the babies were standing around his dead body, and I was just so upset”.

“We’ve had Carter since he was a little nugget. It’s like losing a family member”, adding, “He didn’t have nowhere to go. He was choked to death in his own space”.

According to Tim Bailey, the Sumner County Sheriff, his men were mobilised to the property after receiving a call at around 5pm. The caller informed them of an incident involving a couple “who had been in a battle with a male kangaroo”.

Allegedly, as the couple entered the Leas’ property to try and lure Carter back inside his enclosure, he assaulted the woman. As a result, the husband strangled and subsequently killed the kangaroo. Neither of the neighbours was badly hurt during the incident.

It is believed that the Leas are taking legal advice over a possible lawsuit against their pet’s killer, which could then see the husband face criminal charges.

Most exotic animals are not allowed to be kept as pets in the state of Tennessee, although some native reptiles, and other unregulated wildlife, are legal in the state. These include sugar gliders, hedgehogs, and kangaroos.