Pilot of Estepona helicopter accident in May, arrested for manslaughter 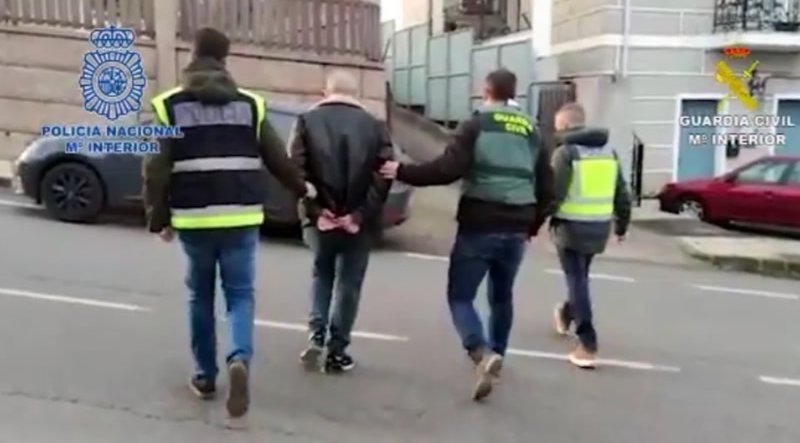 Pilot of Estepona helicopter accident in May, arrested for manslaughter. image: guardia civil

Pilot of Estepona helicopter accident in May, arrested for manslaughter

A 56-year-old man of Cuban origin was arrested by the Guardia Civil on Thursday, December 23. He is believed to be the only survivor from a helicopter that crashed into the sea off the coast of the Malaga municipality of Estepona shortly after taking off.

As confirmed by the force, to laopiniondemalaga.es, he has been arrested on suspicion of being the alleged perpetrator of a crime of manslaughter by negligence, of his companion, who disappeared after the accident. The arrest, reported by Faro de Vigo, has taken place in the Ourense municipality of Toen, where apparently the investigated has his habitual residence.
Sources close to the case confirmed that investigators were able to clarify that the detainee was piloting the craft at the time of the accident. Previously, he had first claimed that he was the pilot, then changed his story and said the missing man was at the controls.
It also came to light during the investigations that the detainee did not possess the relevant qualifications to pilot the aircraft, and that the helicopter’s airworthiness certificate had expired at the time of the incident.

The Civil Aviation Accident and Incident Investigation Commission (CIAIAC) in Madrid, concluded in its final report that the little information provided by the now detained, and the contradictions in his statements, made it impossible to know the nature of the flight.

One thing they were able to confirm though is that the Robinson R44 training helicopter, and its unknown owner, took off without a flight plan. It took off between the hours of 9am and 10am, on May 7, with two passengers on board, from a private estate in Estepona, which could not be identified.
On the day of the accident, after being rescued by the crew of a sailboat, the shipwrecked man told the authorities that he was a former Cuban military pilot. He claimed that he had offered his services as a pilot and instructor on an advertisement website and that the owner of the helicopter contacted him to teach him how to fly it.
He clarified that after that first contact he did not instruct that individual. According to his later version of events, some months later, after the owner had been trained by another pilot, the man had called him again. This time he asked to show him his progress, and they agreed to fly together on the day of the accident, as reported by laopiniondemalaga.es.