Should you tell your kids Santa isn’t real? 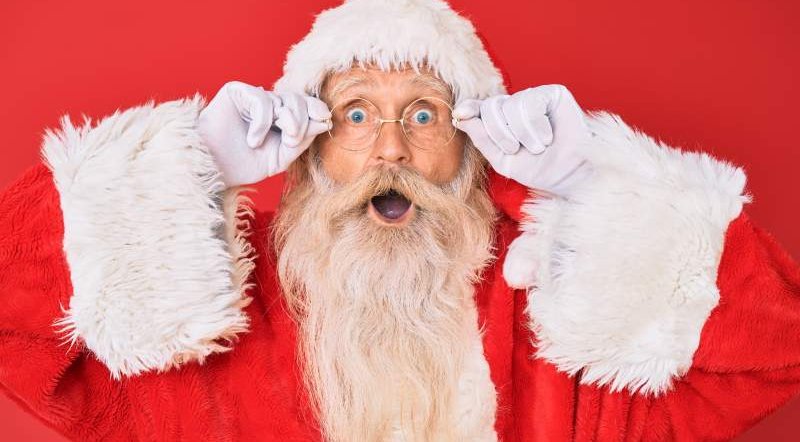 Credit: Photo by krakenimages on Unsplash

Should you tell your kids Santa isn’t real?

EVERY parent has been asked by their children if Santa Claus is real or not, so Euro Weekly News asks you the question: Should you tell your kids Santa isn’t real?

Recently, a bishop in Sicily sparked controversy after stating that Father Christmas didn’t exist – in front of a group of children on St Nicholas Day!

Bishop of Noto, Antonio Stagliano, said: “Father Christmas does not exist, and Coca Cola uses his image to present itself as the bearer of good values,” leading to the Church issuing an apology.

“First of all, on behalf of the bishop, I express my sorrow for this declaration which has created disappointment in the little ones, and want to specify that Monsignor Stagliano’s intentions were quite different,” Reverand Alessandro Paolino wrote on the diocesan Facebook page.

He added: “We certainly must not demolish the imagination of children, but draw good examples from it that are positive for life.”

Tell them the truth

While this situation would leave many parents horrified that the magic of Santa had been spoilt for their children, in recent years more and more parents are opting not to continue the tradition of Santa Claus, citing that they don’t feel its right to lie to their children.

In a personal account written for Time Magazine, Judi Ketteler revealed that after asking her eight-year-old son why he kept asking if Santa was real or not, the distraught young boy said to her it was “because I feel like you’re lying to me.”

She said that she was devastated because “what had seemed like a sweet tradition was suddenly threatening the trust my child had for me.”

Speaking to Fatherly, the psychologist and parenting expert said that parents are overcomplicating the whole thing: “Tell your kid the truth, the whole truth, and nothing but the truth because Christmas is going to be exciting and fun and enjoyable whether kids know the truth about Santa or not.”

Facebook user Hannah explains that she takes the same approach with Santa in the same way as she would Mickey Mouse, stating: “We talk about him like we would any fantasy character, lots of fun but they know it’s not real”.

However, many adults point out that believing in Santa as a child never did them any harm and are quick to defend the magic and imagination of Santa, although this can prove difficult when children talk about the festive figure at school.

Writing to the Seattle Times, Karyl J. Cooper said that she “witnessed many incidents of children losing the magic of Christmas” whilst working as an elementary school teacher for 30 years.

“There comes a time in a child’s life when Santa’s magic is questioned by logic. At the first signs of a youngster questioning the powers of Santa, a responsible adult needs to step in and make sure that child does not become the classroom ‘spoiler,'” she writes.

Ms Cooper believes that parents should encourage the “precious belief and tradition of Santa Claus [as it is key] to the spirit of Christmas.”

The school teacher concluded by saying that “the magic should not be ripped away from other children.

“Those who know the secret behind the magic now need to join in the shared story, keeping the magic alive for their classmates,” she concluded.

Outside of the classroom, many parents and grandparents believe in continuing the Santa Claus tradition.

Alan, a grandfather from Shoreham told EWN: “Watching the children’s faces light up when they see that Santa has always been my favourite part of Christmas.”

And many on social media agree, stating that children only have a few years to believe before they inevitably find out the truth – although even then a large majority continue pretending because they want to believe in the Christmas magic.

A Facebook user said: “My parents always told me that Santa only came to children who believed, even when I was 14-year-old I had to pretend as if I believed in order to get a stocking.”

Ross from Glasgow says that Santa is the best thing about Christmas because he believes that “the spirit of Christmas is brought to life by the imagination of your children.”

He said: “And to those that believe in him, rightly or wrongly, who is more magical and imaginative to your kids than Santa Claus.”

Obviously, there is no right answer.

And many parents can find themselves trapped in a catch-22 situation of continuing a sweet tradition or being honest with the little ones they love.

But maybe Reverand Alessandro Paolino summed it up best when he concluded the church’s statement by saying: “Santa Claus is an effective image to convey the importance of giving, generosity and sharing.”

And surely that is what Christmas, and Santa, is all about.