The great Christmas debate: Is Die Hard a Christmas movie? 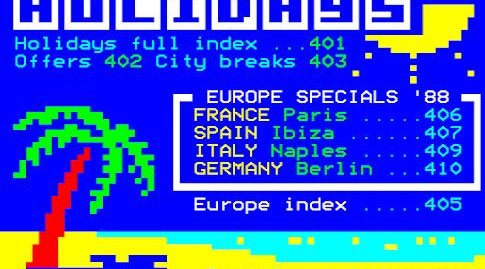 It happens every Christmas. You are sitting enjoying a drink with friends and someone asks “Hey, what’s your favourite Christmas movie.” Everyone reels off their picks: Home Alone, It’s a Wonderful Life, Scrooged, Miracle on 34th Street, The Nightmare Before Christmas etc. Then someone drops the inevitable bombshell – Die Hard. Then the debate begins: Is Die Hard a Christmas movie? If you are one of those who still needs convincing, here are a few reasons why the Bruce Willis action extravaganza deserves its place on any top festive film list.

Firstly, the entire movie takes place in the setting of an office Christmas party, inside the Nakatomi Plaza in Los Angeles. This is a deliberate decision on the part of the criminal gang to gain access to the building. Without the Christmas party setting, their plan does not work. So, if you think your office party got out of hand this year, be thankful Hans Gruber and his mates didn’t turn up.

Secondly, the film contains four Christmas songs. Winter Wonderland, Let it Snow, Christmas in Hollis, and Ode to Joy all feature on the soundtrack. Compare this to the 1954 classic White Christmas, which only has two festive tunes. So, that’s another box ticked on the ‘Is Die Hard a Christmas movie?’ checklist.

Thirdly, some may argue that the high body count in Die Hard should prevent it from gaining a Christmas Movie badge. A total of 23 people meet their end in the Bruce Willis film. However, the opening of White Christmas is set on the frontline in World War II during the Battle of the Bulge. Enemy bombers launch an attack at the beginning of the movie, in a depiction of real-life events that cost tens of thousands of lives. The context is different, and the deaths are hidden off screen but the sense of loss of life is tangible.

Next, we have the appearance of the Santa hat. Early in the film, Willis’ character John McClane (whose wife also happens to be called Holly) takes on bad guy Tony and sends his body down in the elevator. When the door opens, Tony is wearing a Santa hat with the message “Now I have a machine gun, HO, HO, HO!” written on his clothes.

Finally, the movie ends with scraps of untraceable bearer bonds falling from the sky like snow, to create an otherwise impossible white Christmas in LA, while festive music plays out. Now, if that doesn’t get you in the festive spirit, nothing will.

To conclude, Die Hard is definitely a Xmas movie and nothing will convince us otherwise.