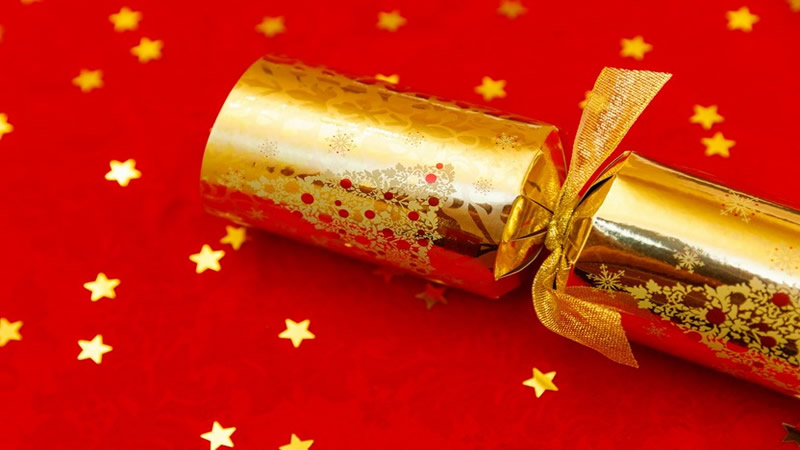 An enterprising baker and sweetmaker in London’s East End, by the name of Tom Smith, is the person in history who is responsible for inventing the very first Christmas cracker.

Legend has it that Tom visited France in 1840, and saw their bonbon sweets wrapped in pretty paper. On returning to London, he tried to manufacture similar sweets, including a riddle, or small motto with the sweet, but it was not a success.

One version of Tom’s crackers idea claims that he was sat in front of the fire one night, and became fascinated by the cracks and bangs being given off. He thought it might be a fun thing to have sweets or toys that could crack like that when their wrappers were opened.

Another theory though, simply claims that Tom purchased the recipe for the bangs in his crackers from a fireworks company called Brocks. The crackers were nicknamed ‘cosaques’, and this was thought to be linked to Russian cossacks who had a reputation for riding their horses and firing their guns in the air.

Tom Smith launched his new range of what he called ‘Bangs of Expectation’ in 1861. Smith actually patented his design, and as he was under pressure from others who had latched onto his unique invention, he even introduced a range of cracker designs, all patented in his name.

After Tom died, it was his three sons, Tom, Walter, and Henry, who thought of the novel idea of putting the fancy paper hats inside the crackers. Then, leading to the design we are now familiar with each Christmas, they later added the small plastic novelty toys, which he sourced from Japan, America, and Europe.

Their cracker business became so successful that they had to move to Finsbury Square in London, where they could have larger premises to produce their goods. By the 1890s, the company was employing 2,000 people.

Christmas crackers that are used today have a core of short cardboard tubes wrapped in colorful paper. The party hats that resemble crowns are believed to symbolise the crowns that might have been worn by the Wise Men. They also include the famous jokes that everybody loves to tell around the Christmas table, with many groans from the recipients.