Claims that Windsor Castle intruder was armed with a crossbow 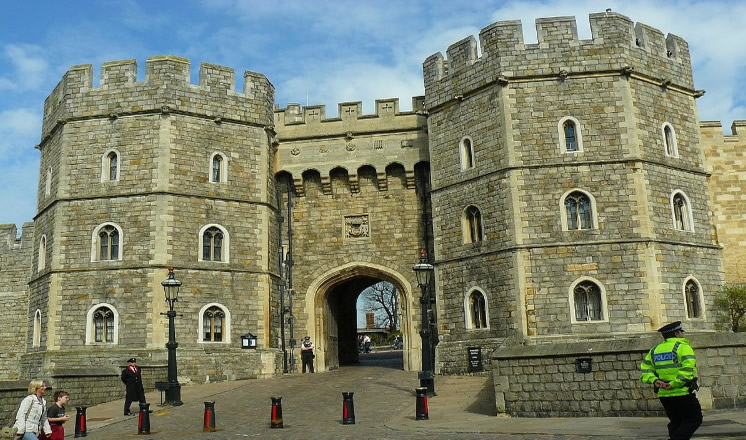 Claims that Windsor Castle intruder was armed with a crossbow

After an armed intruder was arrested at Windsor castle yesterday morning, Saturday 25, for breaking into the grounds, it is still not clear what his intention, or weapon, was. Sources have reported seeing a man scaling a metal fence using a rope ladder, and armed with what looked like a crossbow.

A police spokesperson, however, refused to comment, only saying that the 19-year-old man possessed an offensive weapon. Armed response teams reportedly picked the man up shortly after he had been spotted on CCTV at around 8.30am, scaling a wall and then walking in the grounds.

One thing the police did confirm is that the trespasser did not access any of the buildings. A terror-linked motive has already been eliminated. The detainee is apparently from Southampton, and is currently in custody at Maidenhead police station. He is being held on suspicion of ‘breach or trespass of a protected site’ and possession of an offensive weapon.

A source from the Palace said, “Fortunately, the intruder was apprehended, and police were on the scene almost immediately, but there is a chill in the air over what could have been. Security controllers monitoring the CCTV couldn’t believe their eyes when they spotted the man carrying what appeared to be a crossbow, and scrambled armed police”.

Matthew Barber, Thames Valley’s Police and Crime Commissioner, commented, “This individual was arrested at the earliest opportunity, and had not entered any buildings. I’ve spoken to the Chief Constable, and we want reassurances about the security”.

Barely one hour after the incident, Price Charles and Camilla arrived at Windsor Castle. The Queen normally spends Christmas at the Sandringham estate in Norfolk, but this year, due to the Covid situation, chose to stay at the Castle, as reported by dailymail.co.uk.