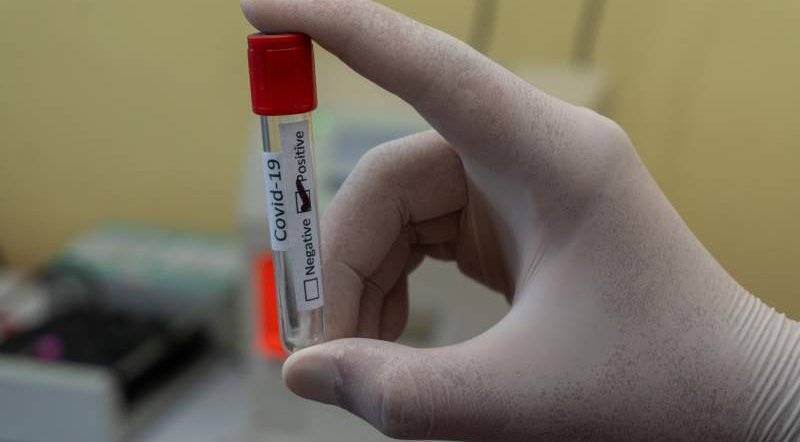 Hundreds of people were told that they were negative for Covid-19 when actually their results had come back as positive to the lab, in a huge Covid test mix-up. The major laboratory in Australia gave the wrong results to 400 people via text messages on the evening of Christmas Day.

The lab, based at St. Vincent’s Hospital in Sydney, sent incorrect text messages on the evening of Christmas Day telling people they did not have the virus. The results were corrected the next morning, which the lab put down to human error.

The increased pressure of processing a large number of tests before the festive season has been put partially to blame for the mistake. The medical director of the laboratory said an emergency response team had been set up to investigate the cause of the mistake as reported by Sky News.

The Covid test mix-up comes as there have been record levels of coronavirus reached across Australia this week. Nearly 10,000 cases were recorded across the country on Christmas Day, the majority of which were in New South Wales, where the St Vincent’s lab is located.

Scientists believe the explosion in cases is due to the Omicron variant of the disease, but the lack of places that can conduct genomic sequencing in New South Wales means that they cannot be certain that this is the case. New South Wales health minister Brad Hazzard indicated that Omicron is widespread and that avoiding infection would be difficult.

“We would expect that pretty well everybody in New South Wales at some point will get Omicron,” he said. “If we’re all going to get Omicron, the best way to face it is when we have full vaccinations including our booster.”

When adjusted for population size, the infections in Australia are still only a quarter of those recorded in the UK. As of 22 December, almost 91% of over 16s in Australia had received two vaccine doses and New South Wales had the highest vaccination rate amongst the six Australian states. Their booster programme is running slower but people over 18 will be able to get their booster jab sooner as the country reduces the time between second dose and top-up over the next month.