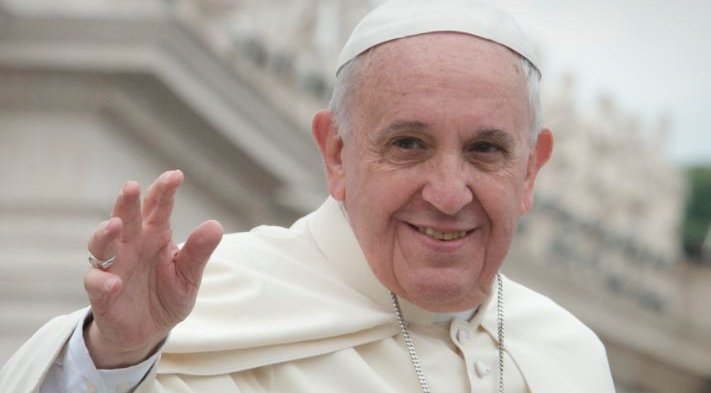 ITV presenter Kylie Pentelow was reporting on the Pope’s traditional Urbi et Orbi Christmas Day speech when she made the blunder on live TV.

The Pope had spoken to hundreds of people commenting on global issues and the lack of vaccine equality. Somehow Kylie managed to announce his death.

From the ITV news studio, she said: “He said that vaccines should be made available to those most in need.

“His death was announced …”

The news presenter quickly tried to backtrack and said: “Eh, excuse me.” She then moved on to the next segment of the show as quickly as possible.

Many people took to social media to comment on the slipup. On Twitter, one person said: “The news reporter on ITV News announced the death of The Pope by accident, then swiftly moved on before she finished the announcement.

“Straight faced and all.”

Other followers were quick to make jokes about the mistake. One person said: “If the pope dies in the next six hours, the police will knocking on ITV News’ door…”

Another person joked: “Someone get this newsreader a drink STAT. We all make mistakes.”

As part of the Pope’s blessing, he stated: “Our capacity for social relationships is sorely tried; there is a growing tendency to withdraw, to do it all by ourselves, to stop making an effort to encounter others and do things together.

“On the international level, too, there is the risk of avoiding dialogue.

“Yet only those paths can lead to the resolution of conflicts and to lasting benefits for all.”

The Pope also commented on how the world has been desensitised to “immense tragedies.”

He said: “We continue to witness a great number of conflicts, crises and disagreements,”

“These never seem to end; by now we hardly even notice them.

“We have become so used to them that immense tragedies are now being passed over in silence, we risk not hearing the cry of pain and distress of so many of our brothers and sisters.”