More than 30 people killed and bodies burnt amid Myanmar violence 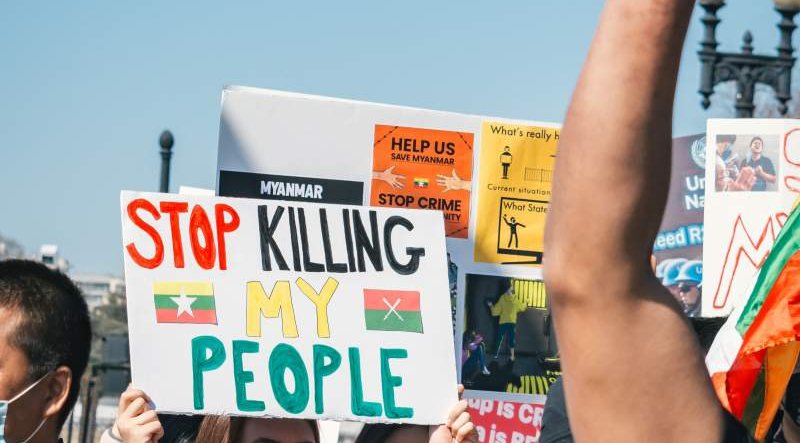 Photo by Gayatri Malhotra on Unsplash

Human rights groups have condemned days of violence after a “massacre” in the Hpruso township in the eastern state of Kayah, Myanmar. More than 30 people, including children, have been shot dead and their bodies burnt by government forces, according to media reports.

The Karenni Human Rights Group said they discovered the charred bodies near MoSo village on Christmas Day. Two members of ‘Save The Children’ a charity established in the UK, were “caught up in the incident” and remain missing according to a statement by the group. They were only travelling through the area to return home for the holidays after finishing some humanitarian work nearby.

The Myanmar ruling junta is a military force that seized power in a coup in February 2021. Images said to be of the aftermath of the attack have gone viral on social media, after it occurred on Christmas Eve. The accounts have not been independently verified, but the pictures showed the charred remains of at least 30 people inside burned-out trucks.

A villager who saw the scene first-hand told the Associated Press news agency that the victims had been trying to escape fighting between Myanmar’s military and local militia groups when they were stopped and arrested by soldiers. They were then killed. The witness said medical supplies and food as well as items belonging to women and children were found at the scene.

“The bodies were tied with ropes before being set on fire,” he said.

Independent local media reported on Friday that 10 villagers from Mo So, including children, had been arrested by government soldiers, as reported by Sky News. The witness said he believed some of those arrested the day before were killed in the massacre although he did not see the killings himself.

Banyar Khun Aung, director of the Karenni Human Rights Group in Myanmar, said: “It’s a heinous crime and the worst incident during Christmas. We strongly condemn that massacre as a crime against humanity.”

The Military junta of Myanmar has not commented on the allegations of a massacre but did admit to fighting between guerrilla forces near Mo So village on Friday, through a state-run media outlet that ran a story about the incident.