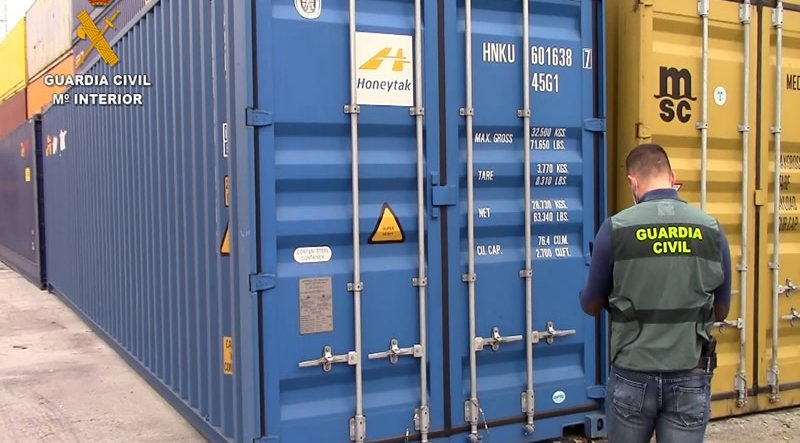 The Guardia Civil, within the framework of ‘Operation Pindaan’, has dismantled a criminal organisation dedicated to the irregular shipment of plastic waste to Malaysia, Cambodia, and Thailand, among other Asian countries. Twenty-seven people have been investigated, who made up a network deployed in Spain to organise these illegal shipments.

The organisation’s leadership was based in Malaysia and Singapore. Those being investigated are part of the international network that controlled this activity, deploying people in Spain for the purchase of plastics, and their subsequent shipment to Asia. Untreated plastics that may end up in the ocean

In 2019, the Malaysian government returned five freight containers to Spain, loaded with plastic waste, contaminated with toxic products from intensive agriculture. After analysis of the plastics, traces of phytosanitary products were detected.

Following investigations carried out by the Environment and Urbanism Unit of the State Attorney General’s Office, and the UCOMA (Central Operational Environmental Unit) of SEPRONA, it was discovered that containers of plastics were being exported without the relevant authorisations and communications to third countries.

Most of this waste was found to have not undergone the decontamination process required for the countries that receive it. They would use it as a raw material to be able to work on the production of products afterwards. This unused material inevitably became waste, which often ended up in illegal landfills, oceans, and rivers.

As a result of the 2018 ban on plastic waste imports established by China, the business shifted to other Asian countries. Once there, it is received as a preliminary step to products that eventually end up in the Asian giant.

The different materials arriving in these countries are treated in illegal facilities, many of them already dismantled, and then exported to China as the final destination of the recovered raw material.

The persons under investigation are charged with crimes against natural resources, and the environment. They also face charges for the illegal shipment of waste, and membership of a criminal organisation.

Various EU Regulations establish procedures and control regimes for the shipment of waste between member states and third-party countries. These depend on the origin, destination, and route of the shipment, the type of waste shipped, and the type of treatment to be applied to the waste at its destination.

This legislation’s aim is to organise and regulate the supervision and control of shipments of waste in a way that takes into account the need to preserve, protect, and improve the quality of the environment, and human health.