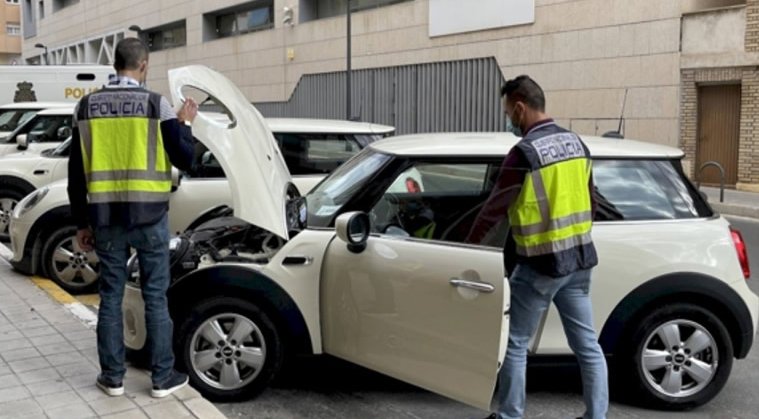 Two Alicante businessmen have been arrested by the National Police, for the alleged crime of misappropriation, and another for the receipt of six high-end cars. The six vehicles had a total value of €150,000. After renting them, the two men, aged 41 and 43, simply never returned the cars to the rental companies.

As reported in a statement from the force, one of the detainees has numerous antecedents. All of the vehicles were recovered by police investigators.

According to the police report, at the time of termination of the contract, the cars were not returned. Neither was the rental price paid at the end of the term, therefore, the rightful owner denounced their misappropriation.

During the investigation, the police revealed that one of the vehicles was located near the Alicante-Elche airport. It was being driven by a young woman, unrelated to the entire criminal plot. The rest of the vehicles were lined up ready for sale in a car wash and car dealership in the Murcian municipality of Aguilas.

Those arrested have been released after giving their testimony at the police station, and now await being called to testify in court.

A report by the police revealed that during this last year they have arrested more than 200 people, and recovered more than 150 stolen or improperly appropriated vehicles. These are vehicles either stolen abroad, or throughout the national territory. They were then located in the province of Alicante, and later returned to their rightful owners, as reported by lasprovincias.es.