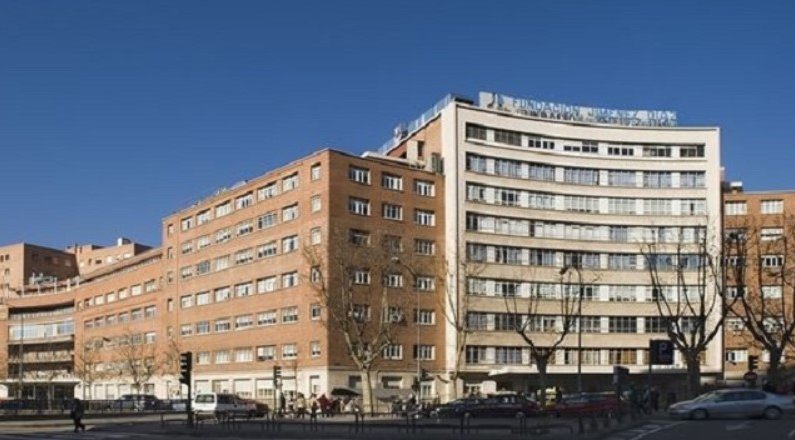 The Coordinates Institute of Governance and Applied Economics has presented the sixth and latest edition of the Hospital Excellence Index, IEH 2021. For the sixth consecutive year, the Jimenez Diaz Foundation stands out as the best hospital in Spain.
This is a joint analysis of hospitals, both public and private, prepared through a survey of nearly 2,000 health professionals throughout Spain, based on the results and perceptions of the professionals who work in them.
As highlighted by Jesus Sanchez Lambas, Executive Vice President of the Coordinates Institute, the Jimenez Diaz Foundation has, “a leadership that recognises, for yet another year, its commitment to excellence, and highly efficient qualified management”.
It is a recognition that this year is added to the facility being chosen in October as the only Spanish hospital to be included among the ‘Top 20’ in the world by the prestigious Forbes magazine. The inclusion is based on various classifications and indices of excellence.
This is coupled with the amazing achievement of winning the prestigious EFQM Global Excellence Award, at international level, becoming the first hospital in the world to receive this recognition
La Paz University Hospital in Madrid claimed second spot in the IEH 2021, a position that it had already occupied in the 2015 and 2018 editions. Third place went to Gregorio Marañon, placing in the top three of the national ranking for the first time. With these top three rankings, it is the first time ever in six editions of the IEH that all three hospitals are from the Community of Madrid.
Fourth position this year went to the Hospital Clinic de Barcelona, dropping two places compared to 2019. It was followed by the Hospital Vall d’Hebron, in fifth place, which climbs one position in the ranking, while the Hospital is in sixth place was Quironsalud Madrid.
As it did in 2019, the Hospital Universitari i Politecnic de Valencia remains in the top ten, moving from eighth up to seventh, its best position ever in the six editions of the IEH. In eighth place was the San Carlos Clinic, while entering the top 10 for the first time, in ninth, was the Ruber International Hospital. The Quironsalud Barcelona hospital rounded out the top ten places, as reported by 20minutos.es.