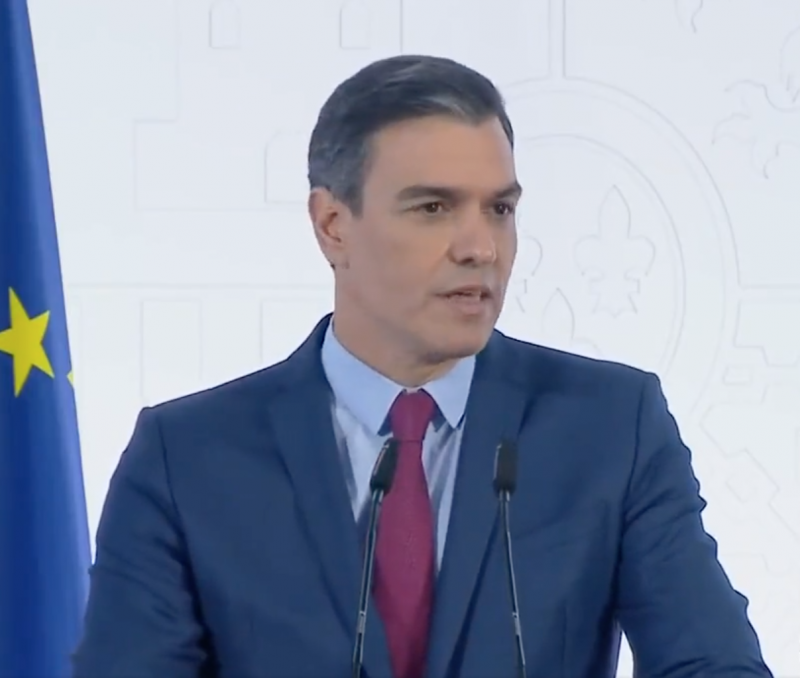 SPANISH President Pedro Sánchez rules out any immediate restrictions in the face of the Omicron Covid variant, stating that Spain is now better prepared and protected than a year ago in the battle against the coronavirus.

“It’s clear that we are in a situation radically different,” Mr Sánchez told reporters during his year-end press conference on Wednesday, December 29.

“We are better and more prepared to confront the Omicron variant.”

“After almost two years living with the virus, we can draw lessons from science and experience: today we are better prepared and protected against omicron than a year ago,” he said.

Sánchez stated that in addition to vaccines, masks were going to stop the new Omicron variant – which he made mandatory once again for use outdoors, except in natural environments with a safe distance, at the request of several autonomous communities.

However, Sánchez and his government have decided not to follow the United States and Greece in cutting the number of Covid isolation days from ten, down to five, in the case of asymptomatic patients or those displaying mild symptoms. Instead, they have agreed “unanimously” to reduce the quarantine of all Covid-19 positives to seven days, as per an announcement made on December 29 – a measure which the UK has apparently ruled out for now.

Citing data from Spain’s Ministry of Health, Sánchez stated that although the Omicron spreads more quickly, it has generally caused milder symptoms and therefore put less pressure on Spain’s hospitals than previous strains.

He also cited the country’s high vaccination rate of more than 80 per cent.