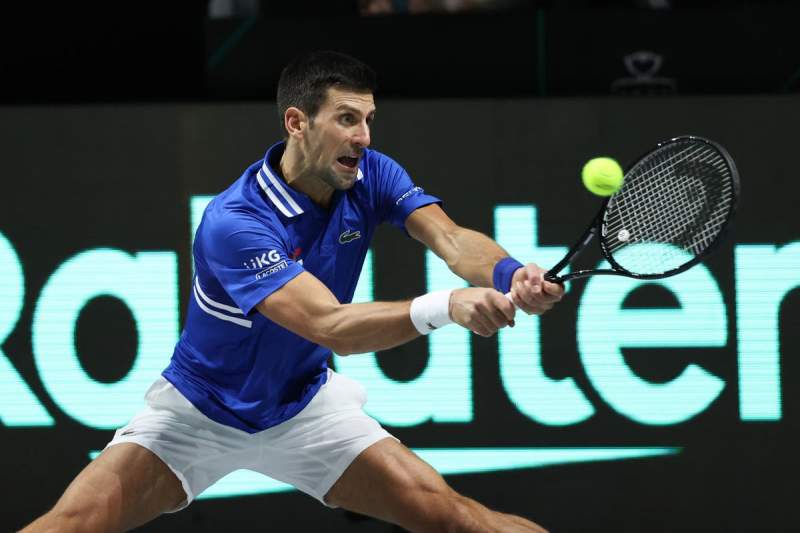 WORLD number one tennis player, Novak Djokovic, withdraws from the ATP Cup, according to an official announcement on Wednesday, December 29. The Serbian was scheduled to face the Spaniards Roberto Bautista and Pablo Carreño on the third day of group A.

The ATP Cup, which begins on Saturday, January 1, had already been rocked by the news that Djokovic’s fellow grand slam champions, Rafael Nadal and Dominic Thiem, were not taking part this year. But today’s news may not come as much of a surprise.

Speculation has surrounded the 34-year-old for months ahead of the Aussie competition as he has refused to reveal whether or not he has received a Covid jab. All players planning to compete in the Australian Open or lead-in events must be fully vaccinated.

Recently, Serbian daily newspaper Informer reported that Djokovic would not be allowed to play in the competition after he was denied an exemption on medical grounds by the Victorian government.

However, Tennis Australia countered this by saying: “Regarding the medical exemption process, which pertains to all players, there is a rigorous and independent process in place.

“As with all medical information, it is subject to confidentiality.”

TA chief executive and Australian Open boss Craig Tiley has consistently said he was unaware of any medical condition that would enable Djokovic to be exempt and would not ask if he was vaccinated.

“We want to have the best players here, so I’d love to have Novak at the event,” Tiley said last week.

“We always want to have that – it doesn’t matter who it is. But there are conditions of entry, so if he meets those conditions, great. If he doesn’t, it’s unfortunate.”

An official statement from the ATP revealed the extent of changes they have had to make in order for the competition to go ahead: “France has become a late addition to the 16-country 2022 ATP Cup, replacing Austria in Group B following the withdrawals of Dominic Thiem and Dennis Novak. World No. 35 Ugo Humbert will lead the Frenchmen as he is joined by Arthur Rinderknech, Edouard Roger-Vasselin and Fabrice Martin in Sydney.

“It was also announced Wednesday that World No.1 Novak Djokovic has withdrawn from the ATP Cup. Serbia remains in the competition and will be led by World No. 33 Dusan Lajovic.

“Russia’s Andrey Rublev, Aslan Karatsev and Evgeny Donskoy have pulled out, and Evgeny Karlovskiy will join the team. Team USA’s Austin Krajicek has also withdrawn, and will not be replaced at this time.”