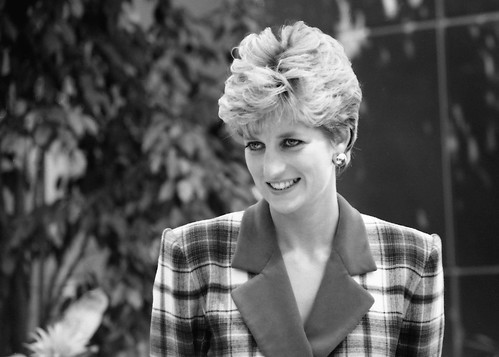 "Princess Diana at Accord Hospice" (CC BY 2.0) by paisleyorguk

Newly released papers have shown that Buckingham Palace did not want Sir Elton John to perform at Princess Diana’s funeral over worries that the star’s re-written hit was “too sentimental”. The Dean of Westminster had to send a personal plea to the Palace staff in an effort to get approval for the performance to go ahead.

The papers have been released by the National Archives show the resistance from the royal household before the Very Rev Dr Wesley Carr placed his appeal. His argument was that allowing Sir Elton to perform the song would be an “imaginative and generous” gesture to the public, following the backlash the royals received from them in the days after Diana’s death.

The general public was largely seen to have turned on the royal family, with widespread anger at the supposed indifference with which they approached the tragedy. In a note to a senior member of the royal household, Lieutenant Colonel Malcolm Ross, Dr Carr – who was involved in negotiations over the service between the Palace and Diana’s family and officiated the service – said the song had captured the public mood.

“This is a crucial point in the service and we would urge boldness. It is where the unexpected happens and something of the modern world that the princess represented,” he wrote. “I respectfully suggest that anything classical or choral (even a popular classic such as something by Lloyd Webber) is inappropriate.

“Better would be the enclosed song by Elton John (known to millions and his music was enjoyed by the princess), which would be powerful. He has written new words to the tune which is being widely played and sung throughout the nation in memorial to Diana. It is all the time on the radio.

“Its use here would be imaginative and generous to the millions who are feeling personally bereaved: it is popular culture at its best. If it were thought the words too sentimental (although that is by no means a bad thing given the national mood), they need not be printed – only sung. I would be prepared to discuss the significance of this suggestion over the phone with anyone.”

Sir Elton went on to famously perform the re-written Candle in The Wind at Diana’s funeral, and the single then sold more than 33 million copies around the world.