New camera caught 15,000 drivers using their phone behind the wheel 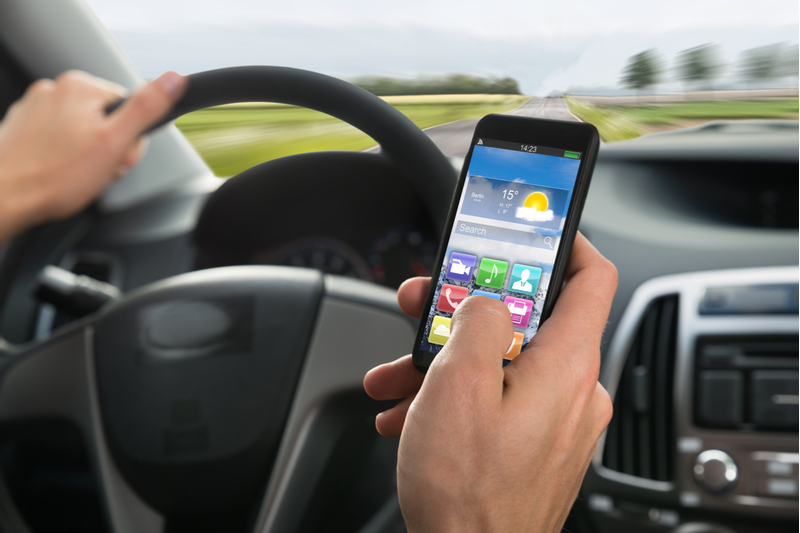 DRIVERS: Studies show that using a mobile while driving increases the accident risk by 20 per cent. Photo: Shutterstock

A new motorway camera has caught thousands of drivers using their phone behind the wheel.

New motorway cameras being trialled across the UK have caught thousands of distracted drivers using their phone behind the wheel.

The shocking findings suggest that one in 200 people use their phone while driving on the motorway, and it is estimated that using a phone for 30 seconds while travelling at 30mph causes the motorist to drive ‘blind’ for 100ft.

During the trial, one camera caught 15,000 people using their phone while driving in just six months.

However, the figure will be much higher because the camera was not monitoring all lanes of traffic and they were not in use continuously.

The new cameras could be a game-changer for police as, at the moment, it has only been possible to catch offenders while driving beside them.

The new cameras use artificial intelligence to instantly analyse images taken through the windscreen of each vehicle passing it.

These cameras can be attached to overhead gantries or portable trailers and can take clear images in all types of weather and at speeds of up to 185mph.

If the cameras are legally approved for use, drivers will be sent notices of intended prosecution that will be similar to speeding tickets.

Geoff Collins, of tech firm Jenoptik, said the trial showed a ‘scary’ number of drivers were using phones while driving at speed on the motorway.

“Current findings suggest one in 200 vehicles show mobile phone misuse. This is a worryingly high figure,” he told MailOnline.

“Using a handheld mobile phone significantly increases the risk that a driver will be involved in a collision.”.

“But until now it has been difficult to monitor and stop this behaviour. These trials have proved that AI can flag up drivers who continue to flout the rules.”

The technology is already used in New South Wales, Australia, where it is estimated to have reduced road deaths by a fifth since its introduction two years ago.