Joan Collins was drugged and raped – then married her attacker 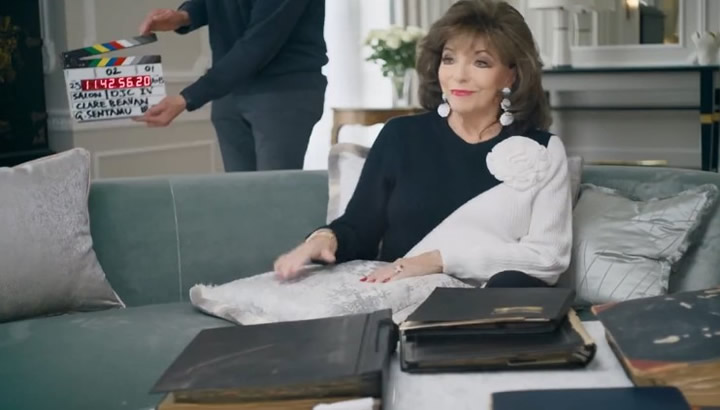 Joan Collins was drugged and raped - then married her attacker. image: [email protected]

Joan Collins was drugged and raped – then married her attacker

In her new documentary ‘This Is Joan Collins’, which will be broadcast on BBC2 this evening, Saturday, January 1, the acting legend makes some startling revelations. She tells how her marriage to first husband Maxwell Reed, only happened because she was ashamed.
Dame Joan revealed in the programme that on her first date with film star Reed, he drugged, and then raped her. She met him after starring in ‘I Believe in You’, while still a teenager. Recalling their first meeting, the 88-year-old British actress explained, “The gigantic powder blue Buick drew up outside Bayswater Tube station“.
She continued, “He had an American accent, which was quite odd for a man from South London. He was 31, and I was 17 and a virgin – I knew that would cause trouble at home”.
After going back to Reed’s place, Joan told how poured her a rum and coke, but drugged her with a ‘Mickey Finn’, as it was then known. Ms Collins said she woke up, and he was making love to her. This moment is what led to Dame Joan marrying Reed out of ‘shame’.
Four years of hellish abuse followed the marriage to Reed, before Joan finally moved back to live with her mother, the documentary reveals. Incredibly, her husband even tried to pimp her out to a rich Arab Sheikh.
“He gravitated towards rich old men, and that night I found out why. Max told me, ‘He’ll pay you £10,000 for one night – and I can even watch’. I looked at my handsome, loathsome husband, and began to cry. ‘Never in a million years'”.
In the documentary, Dame Joan speaks about her five marriages, her family, and reveals tales about the uglier part of her glittering Hollywood film career, admitting, “I know I’ve had a lucky life, but I’ve also had my fair share of disaster and unhappiness”.
“There have been miserable, horrible divorces, the terrible situation when my daughter almost died, bankruptcy, almost not getting any work as an actor. A lot. But who wants reality? There’s already too much of it in today’s world, that’s not what the public pays for”.
‘This Is Joan Collins’ will be aired on BBC2 at 9pm this evening, January 1, and will also be available on BBC iPlayer, as reported by entertainmentdaily.co.uk.

In fact, you’ll be seeing more of her in about 4 hours! #SaturdayNight #thisisjoancollins #bbctwo #bbc2 @bbcarts @BBCiPlayer @BBCTwo pic.twitter.com/3EMOMSiS9B