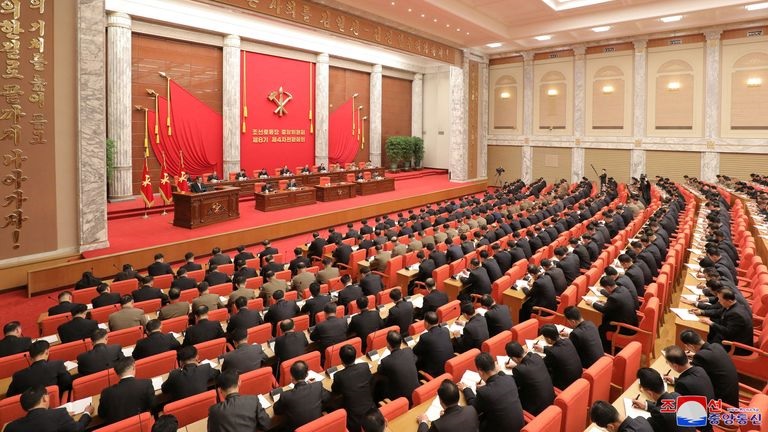 Marking ten years in power, North Korea leader Kim Jong Un in a speech published by North Korean state media, warned of a “great life-and-death struggle” for his nation. In what was a speech aimed at his people Kim spoke more about the economy than he did defence and international affairs.
Kim’s speech, which came at the end of the five day 4th plenary meeting of the 8th Central Committee of the Workers’ Party of Korea (WPK), was domestically focused speaking more about tractors and school uniforms than his traditional targets.
He was quoted as having said: “The main task facing our party and people next year is to provide a sure guarantee for the implementation of the five-year plan and bring about a remarkable change in the state development and the people’s standard of living.”
Speaking about his ambitious plans for rural development, diets and school uniforms he spoke of the need to crack down on non-socialist practices.
Although he made little reference to defence and international issues he did touch on the issue saying: “The increasingly unstable military environment on the Korean peninsula and international politics have instigated calls to vigorously push forward with our national defence build-up plans without any delay.”
Kim has called for the military’s “absolute loyalty and allegiance” to the ruling party led by him, and for the production of powerful weapons to protect the country and its people.
As always Kim spoke about the great successes of the country but also said that this year’s objectives are “a great life-and-death struggle” that must be achieved.
The speech by Kim wherein he warned of ‘great life-and-death struggle’ was clearly a populist one with people suffering hardship and food shortages.