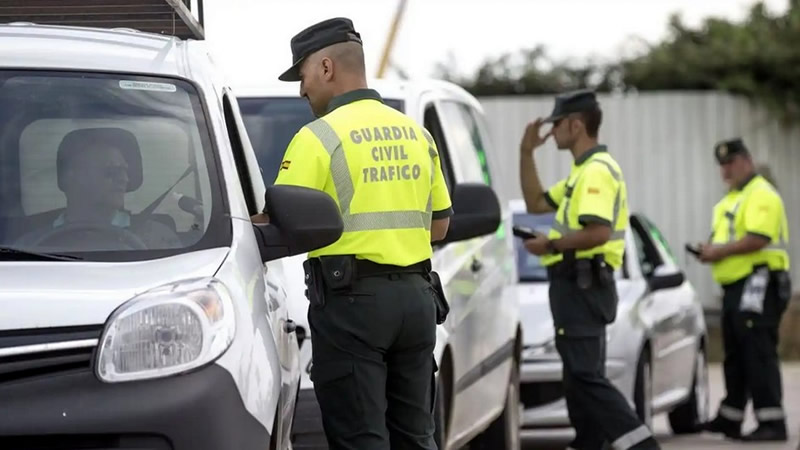 DGT fines for not carrying these documents in your vehicle. image: guardia civil

New Year’s Eve in the Valencian Community finished without any major incidents due in part to the excellent work of the police who had to close numerous illegal parties. All in all 43 establishments were fined by police on New Year’s Eve for either holding an illegal party or for not adhering to established health protocols.
Of the 43 penalties imposed, 29 were for non with Covid-19 regulations including allowing customers to enter without masks, for not checking Covid-19 certificates or for not enforcing distancing rules.
The remaining 14 were sanctioned for not complying with entertainment laws including the failure to obtain a licence, for the lack of insurance, excess hours and for not complying with requirements around security and surveillance.
In El Campello the police stopped a major rave before it could begin with the seven entrances to the site sealed and those arriving for the event, turned away.
In Alicante, 43 premises were inspected and 12 were sanctioned, six of them for breach of the Entertainment Law and six for breach of the Covid-19 regulations. A further 19 were fined for failing to comply with health regulations.
In Castelló, 25 establishments were inspected with four fined by police for breaches of the entertainment law and eight for breach of the covid-19 regulations.
In Valencia, 47 establishments were inspected with four sanctioned for breaching various aspects of the Entertainment Law, and 15 for failing to comply with mandatory health regulations.
In total 208 warnings were issued to individuals for failing to adhere to health guidelines with a further 256 people identified. 12 vehicles were also impounded during the checks conducted by police.
During the device, 208 warnings were issued for not using the mask or not maintaining a safety distance. Likewise, 256 people have been identified and 12 vehicles were controlled.
Although no figures were provided, police issued a fined a record number on New Year’s Eve for possession of narcotics with two arrests for aggravated robbery in Valencia.

The Federation of Leisure, Tourism, Gambling, Recreational Activities and Related Industries of the Valencian Community (FOTUR) said that it was a very quiet night with not many people frequenting establishments. In their words: “A sad night to forget,” with many bookings cancelled and “no place has been able to reach full capacity.”
FOTUR put the loss of business at 50%.

A total of 3,849 calls were made to emergency services on New Year’s Eve, more than 500 fewer than the previous year. More than half of these related to health issues with security second at around 24%.
With many people staying away the news that Police fined 43 establishments during New Year’s Eve will be both a surprise to many, as much as it will be welcomed.