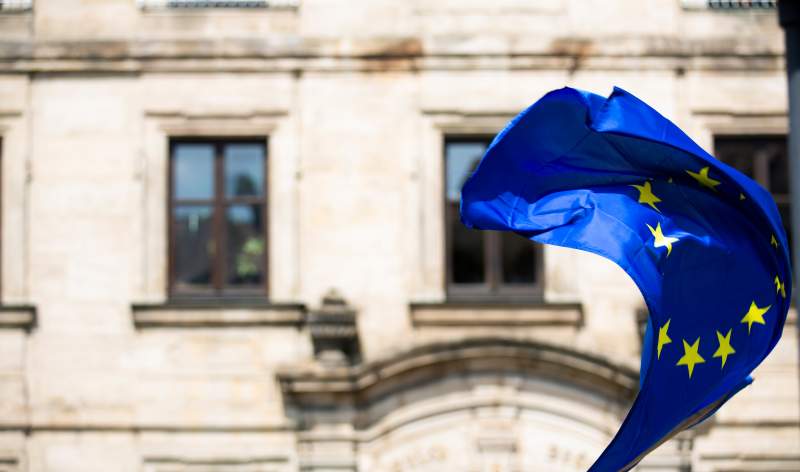 Photo by Markus Spiske on Unsplash

French authorities have removed the EU flag from the Arc de Triomphe after only two days following backlash from the government’s right-wing opposition. The country’s president, Emmanuel Macron, has been accused of erasing France’s identity with the original move.
The huge flag was erected in place of the French tricolour on New Year’s eve, as France began their turn holding the rotating EU presidency. The country will hold the position for the next six months. There are also other landmarks lit up in blue for the event and for the next week, including the Eiffel Tower and the Pantheon.
The Arc is a monument to the war dead of France and Macron’s right-wing rivals jumped on the chance to disparage him over the EU flag replacing the French original. “Preside over Europe yes, erase French identity no,” tweeted Valérie Pécresse, the conservative candidate whom polls indicate could be Marcon’s main challenger.
She urged him to restore the French flag. “We owe it to our soldiers who spilled their blood for it,” she said.
The far-right candidate Marine Le Pen, who had vowed to file a complaint with the state council, France’s highest court for administrative matters, called the removal of the EU flag “a great patriotic victory”. She tweeted that a “massive mobilisation” had forced Macron to backpedal.
A French government official has refuted the idea of a victory from the complainers, saying that the removal of the EU flag was always planned for this time. The schedule only had the item hanging in the arc for two days, they claimed. The Europe minister, Clément Beaune, had accused critics on Saturday of “desperately chasing after the sterile controversies of the far-right”, reports the Guardian. The source, who asked to remain anonymous, said they did not know when the tricolour would fly in the arc again, as it is not noted as a permanent feature for the monument.