ICUs in Malaga are at high-risk level of occupation, with 17% 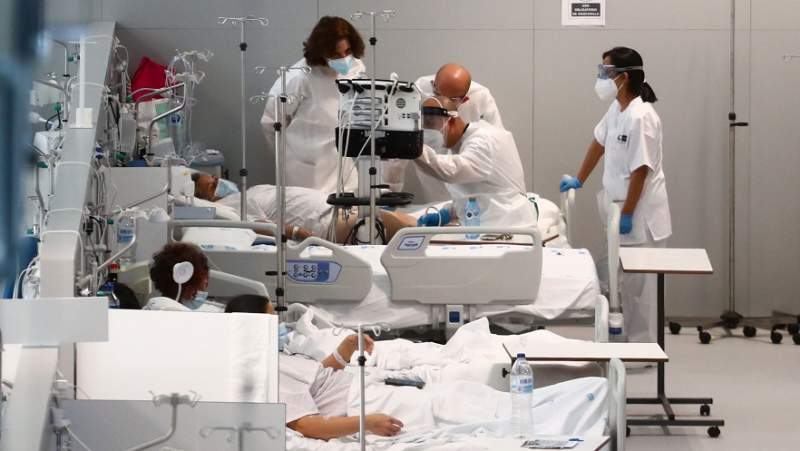 Over the last week, the number of patients admitted to hospitals in Malaga increased by 30%, and the ICUs are currently considered to be at a high-risk level of occupation.
The clinical repercussions of the flood of new infections brought by the sixth wave of COVID-19 are much less intense than in previous waves. In most cases, the person infected with the virus experiences only mild symptoms or is asymptomatic, which has allowed hospitals to avoid being overstrained. The primary health care system, however, is at a breaking point.
However, over the last few weeks, the number of hospitalisations in Malaga due to COVID has been gradually increasing, especially in the ICUs.
According to the weekly report on the COVID-19 situation, which is updated each week by the Ministry of Health (from December 30), the Intensive Care Units in the province are at 17% capacity, which is considered high-risk (15-25%).
Over seven days (December 23 – 30), the number of patients admitted to ICUs increased by 32.4%, going from 34 to 45 patients.
While there is no doubt that high rates of vaccination have worked in the favor of hospitals, the increase in the number of infections has inevitably had an effect on the number of hospitalisations, although not explosively.
Córdoba is the only province of Andalucia that exceeds the level of ICU occupation recorded in Malaga, with 18.4%. It is followed by Sevilla, with 11.4%; Jaén, with 9.1%; Huelva, with 8.2%; Granada, with 7.1%; Almería, with 6.9% and Cádiz, with 4.7%.
Outside the autonomous community, Malaga has lower levels than in Barcelona (34.5%), Valencia (22.9%), Navarra (22%), La Rioja (20.8%) and Madrid (18.9%). On the other hand, it is about Zamora (15.8%), Asturias (15.2%), Gran Canarias (14.8%) and Toledo (9.3%).
In regards to hospitalisations in general, the occupation of beds is at medium-risk, at almost 8% (7.8%).
________________________________________________________________________
Thank you for taking the time to read this article, do remember to come back and check The Euro Weekly News website for all your up-to-date local and international news stories and remember, you can also follow us on Facebook and Instagram.