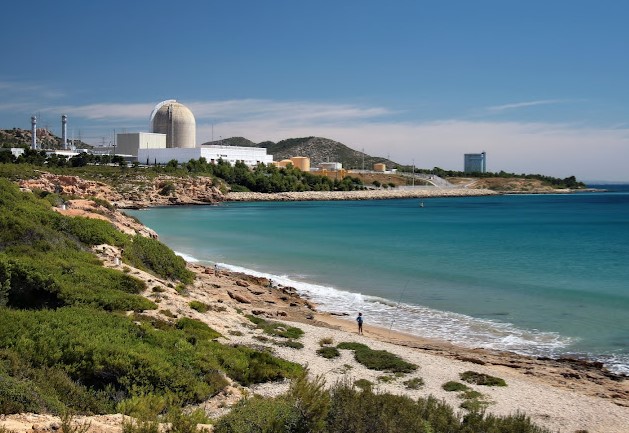 A proposal by the European Commission to include nuclear energy and natural gas generation in the classification table of ‘green’ options in the community framework, has been rejected by the Spanish Government.
Teresa Ribera, the Vice President, and Minister for the Environment pointed out, “Regardless of whether investments may continue to be made in one or the other, we consider that they are not green or sustainable energies”.
As Ribera’s department assured, Spain is a “firm defender” of green taxonomy, but believes that “admitting nuclear and natural gas as part of the European green taxonomy would be a step backwards”, adding, “It does not make sense, and sends the wrong signals for the energy transition of the whole of the EU”.
Both nuclear energy and natural gas have a role to play in the transition said Ribera, but “limited in time”, which is why, in her department’s opinion, “they should be treated separately, and not as green, where they are other key energies for decarbonisation, and without risk, or environmental damage”.
The purpose of the green taxonomy regulation, according to the regulatory framework provided in the European Green Pact, is to guide national and international companies, and investors, in their decarbonisation plans.
This can be achieved by identifying activities and economic sectors that are environmentally sustainable, and that contribute to the reduction of CO2, methane, and other gases that cause climate change. It also aims to help channel these investments towards those sectors essential to achieve the goal of climate neutrality in 2050.
To meet these objectives, Spain considers the taxonomy must be, “credible, useful, and based on scientific evidence”. According to the Ministry, the key to considering ‘green’ an economic activity, sector, or technology, is its “substantial contribution to the main environmental goals of the EU, such as mitigating climate change”, respecting also the principle of not causing significant environmental damage.
“Methane emissions from natural gas generation, and the issue of nuclear energy waste, call into question the inclusion of both technologies within the EU green taxonomy,” says Ecological Transition.
Including both in the Green taxonomy is “a wrong signal for financial markets, and does not provide the necessary clarity to focus capital flows towards the decarbonised, resilient, and sustainable economy envisaged in the European Green Deal”, they stated.
Steffi Lemke, Germany’s Minister for the Environment was also critical of the EU decision. “It seems to me an absolute mistake to include nuclear energy in the taxonomy of sustainable economic activities of the EU”, she commented in statements to the Funke media group.
“A form of energy that on the one hand can lead to devastating environmental catastrophes – in the event of a serious accident in a reactor – and on the other, leaves large amounts of highly radioactive hazardous waste, cannot be sustainable”, concluded Lemke, as reported by sevilla.abc.es.
For more European news: https://www.euroweeklynews.com/news/eu-news