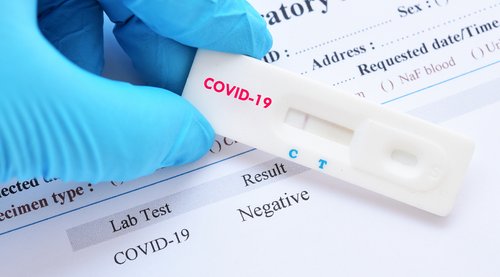 13:25 (January 3) – China has finally admitted the extent of infections and deaths in the country after days of attempting to hide the truth.

According to the Daily Mail, health officials admitted on national TV that COVID-19-related deaths were huge although no number was given. But they did admit that as many as 248 million people have been infected and in Shanghai as much as 70 per cent of the population.

Trying to downplay the extent and the seriousness of the problem officials went on to say that the numbers were in line with what is being seen elsewhere around the world. The mone vast difference, infections and deaths aside, is that the level of vaccination in the West and elsewhere is significantly higher than in China and with more effective vaccines.

The admission comes as the EU announces that it had offered China vaccines for free in an effort to help stem the spread of the virus, but that the offer had gone unheeded.

09:57 (January 3) – China has reacted angrily to the news of travel restrictions being imposed on people travelling from the country.

But the EU has released figures in defence of those countries that have imposed travel restrictions that show infections in China are at an all-time high and that immunity is unlike Europe, at a low level.

#JustPublished!
Impact of surge in China #COVID19 cases on epidemiological situation in EU/EEA.

The number of cases has reached a record high in China, peaking on 2.12.22. In the past three weeks, incidence has fallen, likely also due to a lower testing.https://t.co/yeX1j3DQkL

France has responded to the news saying that even if China does impose travel restrictions on those travelling from the country, they would for now not be lifting those imposed on Chinese travellers.

08:40 (December 31) – The UK and France are the latest countries to introduce travel restrictions on people arriving from China.

The EU has said that it is not right that individual states take unilateral action, however, with the pandemic still fresh in the memory, some countries have been quick to not make the same mistakes they did in 2020. Then restrictions were put in place too late, with the damage already having been done costing the lives of millions.

It is looking increasingly likely that more countries will follow suit although Australia has intimated it is too early to make any decisions. Growing caseloads in China, Russia and elsewhere suggest they may soon be forced to follow suit as will most European countries.

Part of the difficulty in making the decision is the lack of accurate information terminating from China, with the country continuing to report low numbers of infections and deaths despite the evidence in hospitals and mortuaries telling a different story.

09:46 (December 30) – Spain has added its name to the list of countries that have imposed travel restrictions on Chinese travellers.

The out-of-control transmission in China has resulted in numerous countries imposing travel restrictions on people travelling from China as they move to stop the spread of the COVID-19 virus that led to a worldwide shutdown two years ago.

Although Chinese authorities continue to say the virus is under control and have as a result said that it will reopen its borders to travellers, reports suggest the opposite to be the case. Reports in the media suggest that the death toll could be as high as 9,000 a day despite China recording no deaths in recent days.

Italy whilst requiring pre-travel negative COVID-19 tests is also testing on arrival whilst the U.S. has taken to testing the wastewater on planes arriving from the far eastern country.

Bizarrely the U.K. has chosen not to impose restrictions, a decision that appears politically motivated as the country’s tourism industry struggles to bounce back. China was prior to the pandemic the UK’s second biggest travel market.

21:40 (December 28) – The U.S. has announced that it will also impose travel restrictions on Chinese travellers.

According to AFP News the U.S. will require all travellers from China to be able to provide a negative COVID-19 test before travelling.

21:28 (December 28)  – The rise in COVID-19 infections in China and the reopening of its borders to international travel has led some countries to impose travel restrictions on visitors from the country.

Italy, the first country in Europe to be hard hit by the virus in 2020, is the first to reintroduce travel restrictions with mandatory tests required by all travellers from China.

The new measure introduced by the Health Ministry on Wednesday, December 28 follows a testing regime that was introduced at Milan’s Malpensa airport. The results of those tests show every second passenger to be infected.

Health Minister Orazio Schillaci said: “The measure is essential to ensure surveillance and detection of possible variants of the virus in order to protect the Italian population.”

The announcement provided no further information and in particular what measures were being introduced for those that tested positive. Local health chiefs in the Lombardy region around Milan and the Lazio region around Rome told Reuters that they would be quarantined in buildings set aside by the local health authorities.

On the same day, Italy made the announcement, China said that the situation was predictable and that the virus was under control. But, stories on social media tell a very different story with hospitals and crematoriums struggling to cope.

China says its Covid infections are 'predictable and under control'.

But Beijing's sudden pivot away from zero-Covid and surging infections have caused global jitters, with the United States saying it may restrict travel from China.

Japan will also introduce new restrictions for travellers from mainland China from the end of the year, with the U.S. said to be also about to announce similar travel restrictions.

A number of countries have moved quickly to impose travel restrictions on the Chinese due to COVID-19 with Italy, the first in Europe, currently undertaking an investigation into the variants that travellers have arrived with.