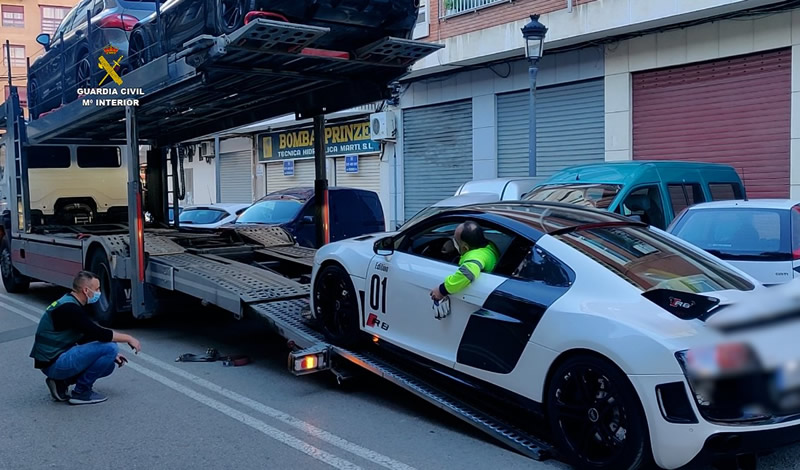 Valencia Guardia Civil, thanks to ‘Operation Bitdrop’, has arrested one of Europe’s biggest fraudsters involved with false investments in cryptocurrencies. A 45-year-old man, of Portuguese nationality, has been charged with seven crimes of fraud, and money laundering.
This operation began last August after investigators became aware of the facts through collaboration with private security. The detainee had reportedly created an alleged cryptocurrency investment platform on a website.
It was publicised through various forums, radio programs, sporting events, and even charity events, in order to capture the attention and investment of numerous people in Spain and Portugal.
A minimum profitability of 2.5 per cent per week was offered to investors, depending on the amount they contributed, allowing them to acquire roles and thus be able to attract other investors.
This method is known as a ‘Ponzi scheme’. It is a scam that tries to deceive the victims, who believe that the profits obtained come from a legal activity, although the funds originate from other deceived investors.
In this way, the investment in cryptocurrencies was a success, so that the victims invested larger amounts of money, and attracted more investors. The investments made by the victims were used by the detainee to lead a high standard of living, where he bought high-end vehicles, trips, and lavish meals.
As a result of the investigations, several victims in Spain were identified. In addition, it was discovered that the suspect had managed to commit crimes in Luxembourg, Switzerland, and Portugal.
Finally, on December 2, three searches were carried out. One was conducted at the detainee’s home, another at the company’s head office, and the third one at a workshop, where part of the goods were hidden.
Several bank accounts were blocked as a result, as well as the web pages where the platform was accessed and the pages where it was advertised. Various documents were seized, as well as electronic devices, including computers, tablets, cell phones, and USB cryptocurrency wallets.
Likewise, 13 vehicles were blocked, and seven others were seized, all of them high-end vehicles. The total assets blocked, including vehicles and bank accounts, amount to more than €2.5 million. The proceedings of the investigation have been handed over to the Court of Instruction No.3 of Valencia.
Officers from the Technological Investigations Team (EDITE), and the Economic Crimes Team of the UOPJ of the Civil Guard of Valencia, took part in the operation, with the collaboration of EUROPOL.
For more news from the Valencian Community: https://www.euroweeklynews.com/news/spain/valencia-news