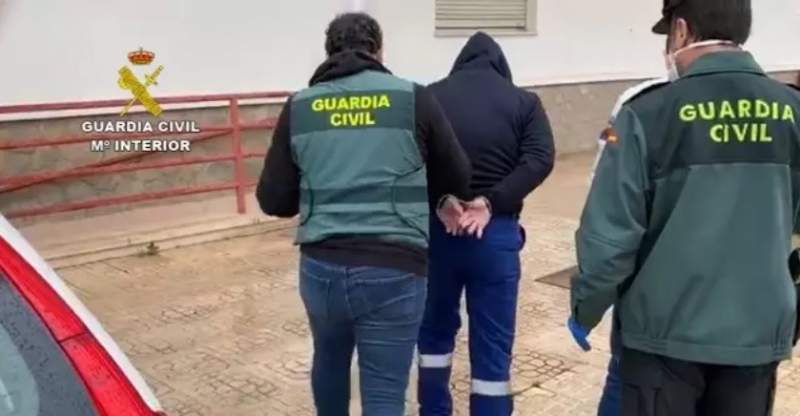 According to a press release from the Guardia Civil in Almeria, they have arrested the suspected perpetrator of several robberies with violence. The detainee allegedly carried out burglaries in small towns in the interior of the province.  His robberies reportedly included a modus operandi of tying up and gagging the homeowners, who he threatened with a knife.
An investigation was launched on April 7 after officers became aware of a violent robbery that had taken place in a house in the Almeria municipality of Velefique. The homeowner had been threatened with a knife, had a gag put in her mouth, and her hands and feet tied. Her home was then robbed of an amount of cash.
At this point, the Guardia Civil began ‘Operation Barvele’. It soon became apparent that the same perpetrator was responsible for a number of similar robberies over the next few months.
On August 19, in the town of Nacimiento, another violent robbery occurred. This time, the victim was approached by several people while outside in his garden. They suddenly attacked him and threw him to the ground, binding his hands and feet. He was then taken to an irrigation shed, where he was locked inside while the attackers committed their robbery in his house.
Investigators eventually managed to identify one of the man’s assailants, and he was arrested for the crime of robbery with violence. The investigation is still open said the force, while they search for the rest of the group who robbed the victim’s home.
The detainee, together with the proceedings, was placed at the disposal of Almeria’s Court of Instruction No1, which ordered his provisional admission to prison, as reported by europapress.es.