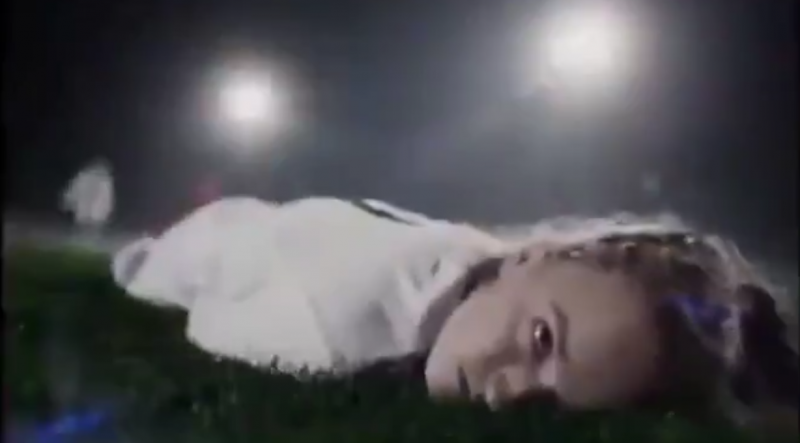 BRITISH Heart Foundation face backlash and criticism after the charity’s new advert shows a footballer collapsing on the pitch. It has led “conspiracy theorists” to speculate about its timing following recent high-profile collapses and the apparent link to the Covid vaccine.
The video from the UK charity, dubbed “This is science“, shows a young girl being cheered on from the stands by her mother whilst she plays a competitive football match before collapsing suddenly in a distressing scene as players rush to her aid.
“With your support, we help turn mind-blowing ideas and theories from the realms of science fiction into lifesaving treatments and potential cures,” the video caption reads, stating “we can continue to turn science fiction into reality.”

However, despite the video’s message, many online sceptics have branded it “disgusting” that the charity is “normalising” heart attacks in children.
Linking the charity’s campaign to the vaccine, one Twitter user wrote: “Disgusting video. They prefer to talk about “normal” collapses in sportspeople rather than natural immunity,…for example. I hope people won’t be so blind.”
A Facebook user also referenced the vaccine, writing: “They’re trying to normalise this so no one will notice its the jab that caused it. These people are sick.”
https://twitter.com/GiordanoOrlena/status/1478182782622965771
Another dubbed it “propaganda”, writing: “They played this during the darts final break the biggest audience in Britain watched this propaganda.”
A Facebook continued with this theory writing: “I worked for the BHF for a long time and I am very disappointed to see that they are ‘normalising’ young children dropping dead of a heart attack….it is very rare! I wonder how much they are being paid by the government to spread their propaganda! I will no longer support this charity!”

One proclaimed: “Another ‘charity’ bites the dust. Making it appear that young people regularly die of heart problems to create a reason for fundraising. Disgusting and a disgrace. Showing your true colours for us all to see.”
Another said: “Have a look at this a child dropping down on a football pitch! Normalising heart attacks in children now, disgusting!”
The video comes after a number of footballers have suffered heart attacks in recent months, which the charity could argue is the reason for the advert. However, the majority of comments on both Facebook and Twitter were negative with many people noting that BHF missed the mark horribly.
But not everyone shared these views.
One user on Facebook wrote: “This new advert is brilliant.”
Another said: “So heartbreaking for a parent to watch who has lost a child in this way. [Although] the close up of her face [was] totally unnecessary.”
One person noted: “Does it get the point across? Are people talking about it? Nuff said!”