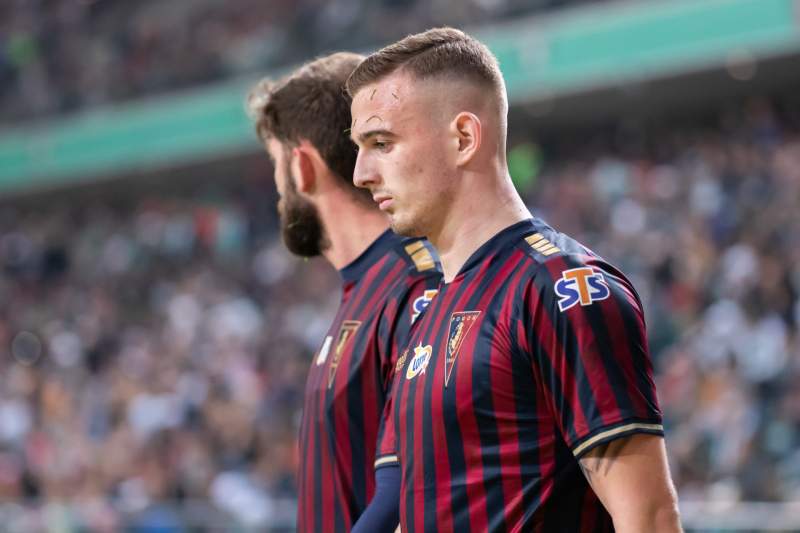 FOOTBALL NEWS – Premier League side Brighton sign 18-year-old Polish international Kacper Kozlowski in an £8m deal, although he will be heading out on loan during the current transfer window to gain more experience.
The midfielder, who has been capped six times by his national side, has joined from Ekstraklasa side Pogon Szczecin in a deal set to run until June 2026 and will join Belgian league leaders Royale Union St-Gilloise.
Kacper became the youngest ever player to represent their country at the European Championships when, aged 17, he came on for Poland in the 1-1 draw with Spain at Euro 2020 in June.
Technical director Dan Ashworth said, “He is a bright young talent and we’re very pleased to have completed the signing of Kacper, who has made a lot of progress in his career at a very early stage.
“The initial plan for Kacper in the short-term will be for him to spend the rest of the season out on loan with Union. David Weir and his team will monitor his progress there.”
Head coach Graham Potter added, “His style of play suits us and our style. During my time here, we have done very well in recruiting players for the future and Kacper is a similar signing.
“He will initially head out on loan, as it is important for him to continue his development, and he is keen to continue playing regularly.
“We will be watching with interest, as he is a very exciting young talent and a player I am really looking forward to working with in the future.”
Kozlowski came through the ranks with Pogon, making his first-team debut at just 15 years and 215 days old on the final day of the 2018/19 campaign as a last-minute substitute in a 3-0 win over Cracovia.
He has gone on to make 40 league appearances for Pogon, scoring four times – of which three have come in this campaign.
Brighton currently sit ninth in the Premier League table, two points clear of former title winners, Leicester City.