Is the queen a descendant of the Prophet Muhammad? 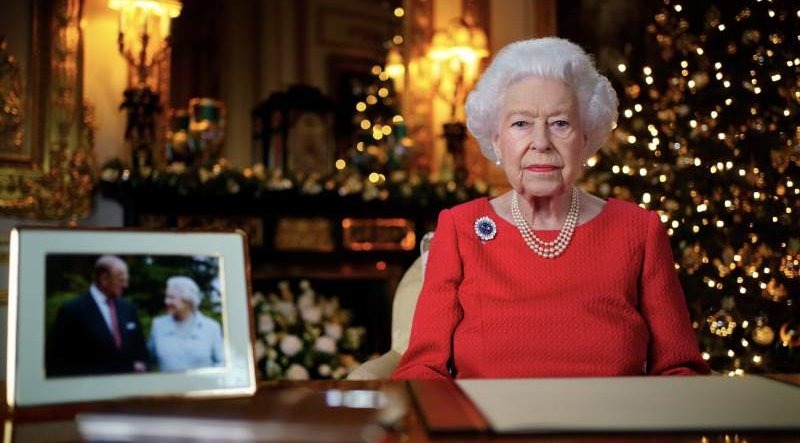 The inter marriage of royals for political and other reasons is well known although the practice has all but disappeared in recent times. That practice however has led some to believe that Queen Elizabeth II could well be a descendent of the Prophet Muhammad.
The report by MyLondon says that theory it that Queen Elizabeth II is the 43rd granddaughter of the Prophet of Islam, the link coming through a Spanish ancestor.
The royal families of Europe have long been connected to one another with royal bloodlines that can be traced back hundreds of years, to arranged marriages across borders and amongst individuals who at times did not even speak the same language.
One of the bloodlines that can be traced back is to ‘Reconquista’ of Spain, where Catholic Europe clashed with the Muslim Moors that ruled the Iberian Peninsula for 700 years between the 8th and 15th centuries.
A name that is of interest to scholars who have studied the history, is Zaida of Seville who has been identified as Morisco.
One particular name of interest that comes up when revising the history books concerning that time period is a certain Zaida of Seville, who has been identified as a Morisco. The term was used at the time to refer to Muslim and Jewish Moors who remained behind in territories captured by the Catholic armies and outwardly converted to Christianity to evade exile or slaughter.
She was born in Andalusia, southern Spain, in 1070 and was a princess of the ruling Abbadid Dynasty, which was founded in 1023 by Abu al-Qasim Muhammad ibn Abbad, a known descendant of Prophet Muhammad.
Not much is known about Zaida or her position in the Abbadid household, one popular theory is that she was the daughter of Muhammad al-Mu’tamid, the Muslim ruler of Seville. What is known as the she fled the Almoravid armies seeking refuge with Alfonso VI, the Catholic King of Castile.
The King did provide refuge for her however not as she expected, forcing her to become his concubine and to change her religion. She then became known as Isabel and bore Alfonso a son by the name of Sancho, as well as two daughters Sancha and Elvira.
Sancha went on to marry Rodrigo Gonzalez de Lara  of Castile, whose descendants included Princess Isabella of Castile, She lived between 1355 and 1392 and was married to the Duke of York Prince Edmund of Langley, son of King Edward III.
Isabella and Edmund’s son Richard of Conisburgh, Earl of Cambridge, was the grandfather of King Edward IV, a direct ancestor of Queen Elizabeth II. When all the family trees are matched up, the Queen becomes the 43rd granddaughter of the Prophet Muhammad.
The link is not widely known but was covered in a study by Harold Brooks-Baker in 1986. Then a publishing director at Burke’s Peerage, he led a major study into the Royal Family’s lineage saying: “It is little known by the British people that the blood of Mohammed flows in the veins of the Queen. The British Royal Family is descended from Mohammed through the Arab kings of Seville, who once ruled Spain. By marriage, their blood passed to the European kings of Portugal and Castille, and through them to England’s 15th century King Edward IV.”
The study and the links point to Queen Elizabeth II being a descendant of the Prophet Muhammad, however the results of Burke’s study it would seem have not gained much publicity or acceptance.