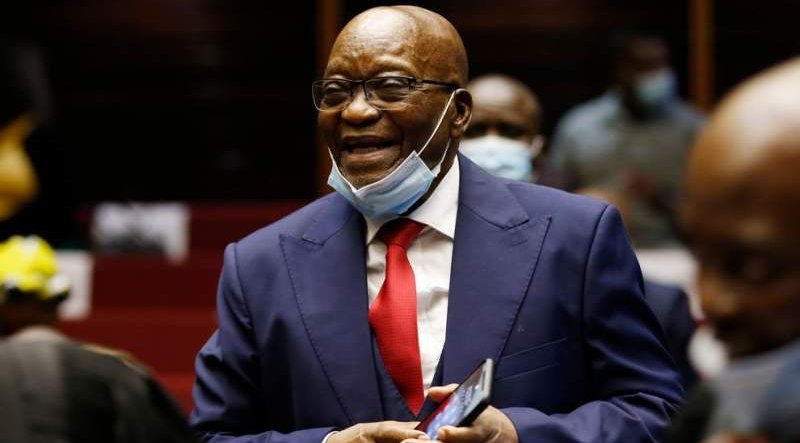 The first part of the long awaited report into South African corruption has been delivered to South African President Cyril Ramaphosa. The report, described as a “defining moment” by Ramphosa follows a judicial investigation into President Jacob Zuma’s tenure from 2009 to 2018.
Ramaphosa, who fighting to rid government of corruption said the report would help to restore “the integrity, credibility and capability of our institutions, but more importantly, our government.”
Chaired by Deputy Chief Justice Raymond Zondo, the commission’s report follows three years of investigation and is expected to detail the significant extent of corruption within central government and in state-owned enterprises. The report will, it is understood, also include recommendations on whether charges should be brought and against who.
Ramaphosa said: “We have a collective responsibility to ensure that the findings and recommendations of the commission not only mark a decisive break with the corrupt practices of the past, but that they provide the foundation for greater transparency, accountability and ethical conduct within all state institutions and across society.”
He continued by thanking whistleblowers and journalists for providing evidence to the investigation “often at great risk and cost to themselves.”
According to Zondo the first part of the report, which has been made public, deals with allegations of corruption and mismanagement at South African Airways, the country’s state-owned airline which has run up massive debts and has received multiple government subsidies and bailouts.
The second part of the report, which has yet to be delivered, will deal with state contracts and sponsorships from government departments and state-owned enterprises to the now-defunct New Age newspaper. The final part will focus on allegations of corruption at the South African Revenue Services, the country’s tax revenue service.
Ramaphosa has said that his government will need to study all parts of the report before they are able to make any comments or decisions about what action will be taken. Some of the evidence uncovered by the commission has already been used in charging the previous President, Jacob Zuma, and his associates the Gupta family of state capture.
Numerous cabinet ministers and state officials have testified against Zuma, who refused to obey a court order to appear before the commission and answer questions under oath. He was sentenced to 15 months in prison for defying the court order.
South Africans will be hoping that with the corruption report having been delivered that the wholesale rape of state assets will come to an end, as they do that Ramaphosa will live up to the expectation he created by saying he will deal with the problem.