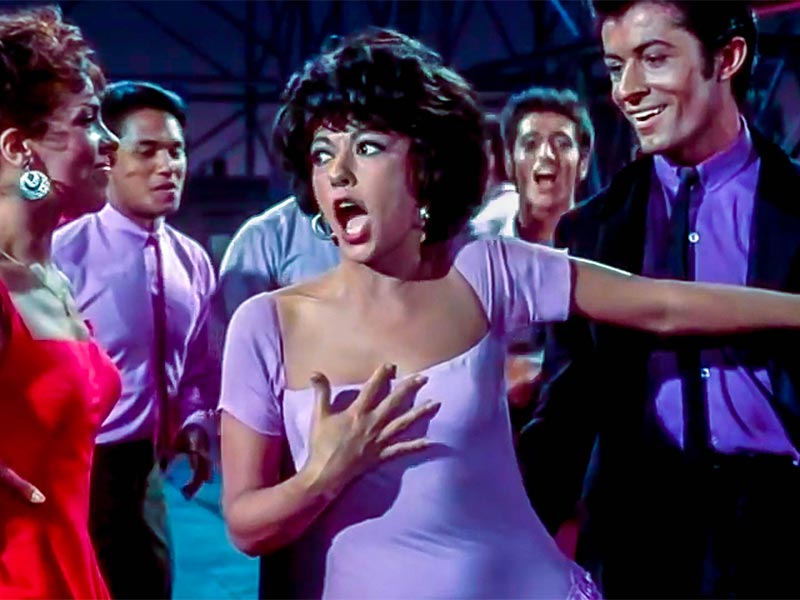 The musical West Side Story

IF we don’t start using some common sense and start concentrating on things that truly matter the woke brigade could one day lead us all into total disaster. The latest edict from this collection of fruit cakes is their disapproval of the characters that play the Puerto Rican gang in the musical West Side Story. Apparently the PCs are peeved because the cast don’t all originate from Puerto Rico! You really couldn’t make it up.
This statement is a bit rich, emanating from a bunch that were quite happy to condone a black actress portraying Anne Boleyn or the distortion of British history by the BBC when it presented a whole cast of black actors portraying the aristocracy in the period series Bridgerton.
However, the fact of the matter is, all these people are precisely that – actors. It’s fantasy land folks; pretending to be something, or someone other than themselves is what thespians do – it is the whole purpose of their profession. In fact, their entire worth and success largely depends on how convincingly they can actually pull off these various personalities.
Heaven help any film company, who under the jurisprudence of the wokers, decided to do a remake of Ben Hur. Making sure all the thousands of extras and multitude of stars all came from Rome or at the very least Italy, would be a marathon task indeed, and don’t even get me started on the Wizard of Oz!
These examples of wokism are of course pretty silly and somewhat light hearted, but the fact of the matter is that these pathetic cranks have now infiltrated everywhere. Many have attained positions which enable them to influence, and even ruin the lives of a whole multitude of citizens.
Their apparent unchecked ability to instigate loony left-wing policies and continuing efforts to suppress the freedom of speech is the direct result of a PC brainwashed British society having been made to feel thoroughly ashamed of a whole host of historical achievements and accomplishments.
Indigenous white Brits, desperate to appease and reconcile their past ‘evils’ are allowing these nutcases to get away with actions and edicts that would have been laughed at a few years ago. And why do I consider them all so dangerous? Because of their completely irresponsible priorities.
While they have us all (including the politicians) twitching about same sex toilets, taking the knee, multi gendering and encouraging millions of immigrants, the Iranians, with their nuclear aspirations; Russia, with its troops gathering on the borders of Ukraine and the Chinese portending to take back Taiwan, are threatening to drag us all to the brink of a third – and undoubtedly final Global War. If we don’t stop wasting time and get rid of these politically correct jokers, we truly will become diversified. There will be bits of us mixed up everywhere!
Keep the faith
Love Leapy,
[email protected]
expatradioscotland. Mondays and Fridays 1pm till 4.
Leapy Lee’s opinions are his own and are not necessarily representative of those of the publishers, advertisers or sponsors.