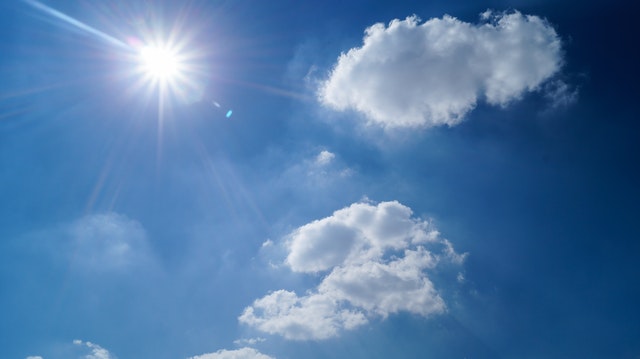 Stable and sunny weather forecast for Malaga province over the May 'bridge'. image: Pexels

The weather forecast for Spain this weekend

AEMET, the State Meteorological Agency, for this second weekend in January, forecasts a contrast with the weather in the country. The northern half should see cloudy skies with the possibility of occasional rainfall, and the southern half will experience clear skies.

No rainfall is expected in the province of Malaga. Anticyclonic weather will predominate, leaving a stable meteorological stamp. Thus, Malaga will enjoy a weekend of good weather, without the threat of having to open the umbrellas.

Regarding temperatures, although AEMET indicates that they are “normal for the time of year”, they will reach “significantly low” values ​​in the eastern third. Mountainous systems will see frosts, as will the outskirts of the Peninsula, locally strong in the Pyrenees.

In Malaga, the minimums will move between 7-11 degrees, and the maximums will be around 16-18 degrees this Saturday, January 8, and Sunday 9.

The last day of the week will also see the return of the winter terral from the west. “Although I do not expect very strong gusts,” said Jose Luis Escudero, the meteorology expert, and author of the blog ‘Storms and lightning’.

“In the west, it will raise the maximum temperatures, hovering between 18 and 20 degrees. In the others, it will vary between 14 and 17 degrees. No rainfall is expected”, he added.

Next week, according to forecasts, will bring increasing temperatures, although they will rise more sharply in the interior of the Peninsula. AEMET has also warned that uncertainty increases markedly on Tuesday 11.

It points out that, although anticyclonic weather is likely to continue to predominate, it is also expected that there will be a low probability of rain in the extreme north of the peninsula, and in the Mediterranean area. There is a higher probability towards the middle of the week, in the Balearic Islands, the Strait, and the southeast coast, as reported by diariosur.es.