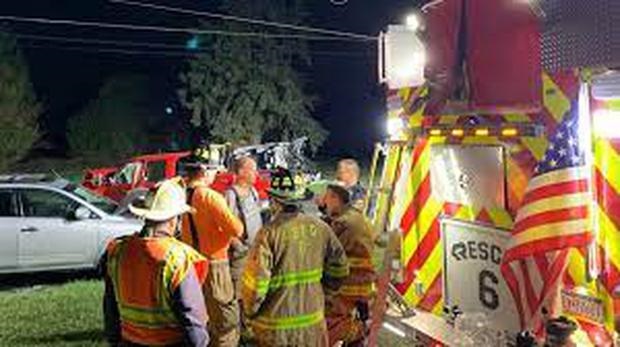 An Irishman, who appeared before Judge Jeffrey Finley in Bucks County Court on Thursday, admitted he was drink when eh seriously injured four teen girls in a head-on smash. The accident happened when he drove at more than 70 miles per hour before slamming into a 2019 Mazda carrying four students.
Shane Brolly, 24 and from Dungiven, pleaded guilty to a long list of charges, including five first-degree felonies. Brolly who has admitted to being intoxicated at the time faces a potential maximum sentence of 20 years on each of the five felonies alone.
Sentencing has been deferred until a pre-sentencing report is completed.
An earlier court heard how Brolly accelerated more than 70 miles per hour before slamming into a 2019 Mazda CX5 carrying four students, pushing it 50 feet back.
The four students girls from Neshaminy High were seriously injured in the accident that saw their car pushed back 15 metres. They were taken to hospital along with Brolly and his passenger who also suffered serious injuries.
The victims were all 17 when the accident occurred.
Three of the four teens and their families attended the hearing, but did not speak in court. They will be able to offer victim impact statements at his sentencing.
Julia Aquilone, who was driving the car Brolly struck and was the most seriously injured, said she felt “a little overwhelmed” at hearing the details of the accident repeated in court. Aquilone plans to speak at the sentencing after recovering from surgery for the injuries she suffered.

A GoFundMe campaign was started by a Northampton couple following the accident, raising more than $150,000 towards their medical expenses.Brolly, a Philadelphia resident, faced 16 felony charges plus misdemeanours and summary offenses resulting from the March 2021 accident. He remains in Bucks County jail in lieu of 10% of $975,000 bail, which was originally set at $10 million.

Brolly’s visa had expired and was illegally in the United States when the accident happened. Drunk and speeding, he attempted to illegally pass another northbound car on Bridgetown Pike in Northampton and struck a southbound 2019 Mazda CX5 carrying the teens.

Toxicology tests results found Brolly had a blood alcohol content of .21, more than twice the legal limit for driving in Pennsylvania.Brolly’s injured passenger testified last year in a preliminary hearing that they had been drinking for at least six hours before the accident. He said Brolly had hit a car on leaving a car park before heading to the last bar for another drink.

A witness Tiffany Zaborwski, testified that she did not know Brolly but had noticed that he was drunk and asked him and his friends not to drive. “You could tell he was drunk,” she said.

Authorities allege that open and unopened alcoholic beverages were found in the truck Brolly’s had borrowed from a relative, on the night of the accident and that he smelled strongly of alcohol.

The posted speed limit in that section of Bridgetown Pike is 45 mph, but an accident reconstruction expert testified that five seconds before impact Brolly’s borrowed pickup truck accelerated from 57 to 70 mph and there was no evidence he applied the brakes. The Mazda was traveling at 40 mph and the teen driver applied the brakes two seconds before the airbags deployed, the expert testified.