Numbers of the Iberian imperial eagle species are growing in Spain 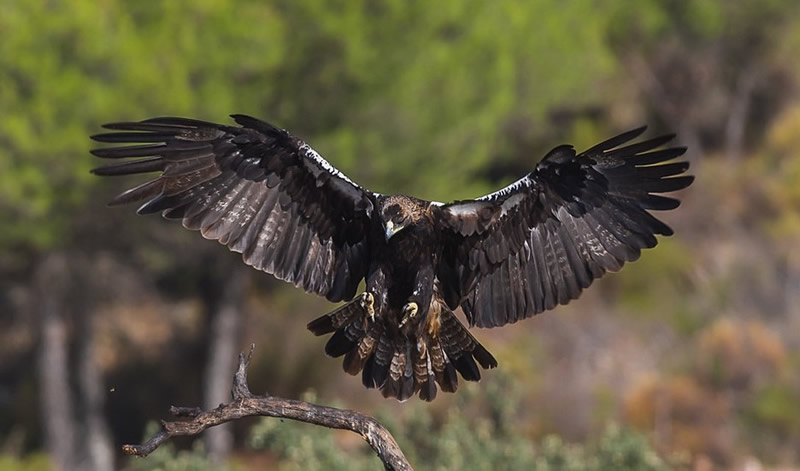 Undoubtedly the most emblematic bird of prey in Spain, the Iberian imperial eagle, was literally on the verge of extinction. There were known to be only around 30 couples remaining in the entire country back in the 1960s.

Today however, thanks to the efforts of institutions, experts, and citizen groups, according to the latest data, there are already more than 100 couples in the autonomous community of Castilla and Leon alone. That figure, added to the rest of the country, consolidates the recovery of this species.

The latest data indicate that Castilla and Leon has notably increased its breeding population of the imperial eagle in recent years. It has grown from 29 pairs of this species in 2005, to 101 in 2020.

As reported by the Ministry of Development and Environment, the strong population increase in recent years has been accompanied by a notable increase in the area of ​​distribution. For the first time ever, its presence as a reproductive species has been registered in the province of Palencia, which is of great importance.

The Monitoring Plan of the State of Conservation of Biodiversity in Castilla and Leon establishes the annual monitoring of the imperial eagle populations as one of its objectives. Its aim is to evaluate the trend of both the area occupation of the species, as well as the size of the population.

As a result of this work, the census of the species for the year 2020 was carried out and 101 territories were counted in Castilla and Leon. Their presence was distributed in territories between the provinces of Segovia (45 territories), Avila (33), Valladolid (15), Burgos (3), and Zamora and Salamanca, with two territories in each province.

During this census, a complete monitoring of reproduction was carried out in 99 pairs of imperial eagles. It was found that the laying rate was very high, confirming the laying of eggs in 94 per cent of the territories.

Productivity was estimated at 1.5 chicks per pair, with a reproductive success of 1.62 chicks per pair with laying. In addition, the 85 couples that have had chicks, have raised a total of 151 flown chicks, so the flight rate has been 1.78 chicks per couple.

Of the 101 territories of Castilla and Leon with the presence of breeding pairs of the species, 45.5 per cent are located in some Special Protection Area for Birds. These include the Sierra de Guadarrama SPA, in Segovia, with ten territories, and the ZEPA Valles del Voltoya and la Zorita, in Segovia, with ten, as reported by laopiniondemalaga.es.