20 million Chinese confined to their homes in Covid lockdown 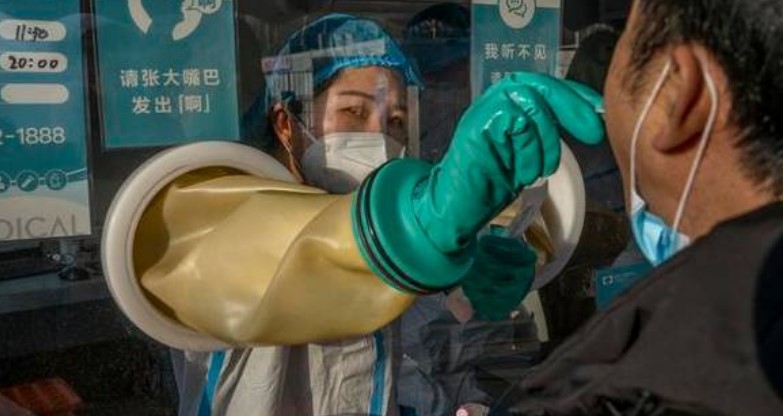 A third city has been locked down by the authorities in China, as 5.5 million residents of Anyang in Henan province were confined to their homes. This means that a total of around 20 million Chinese citizens are now locked indoors in a bid to prevent any potential Covid outbreak.

They are only allowed out to do their necessary shopping, and all vehicles deemed non-essential have been banned from driving.

The authorities have reportedly started mass testing in Anyang after two Omicron cases were detected. It is thought that these two infections are linked to another two that were recently found in the city of Tianjin.
Omicron had not been detected in Chinese nationals until now. Infections had been blamed on foreign arrivals, and those they came into contact with. It would appear that this highly-transmissible variant has now affected mainland China as well.
China’s largest Covid outbreak recently has been in the city of Xi’an. More than 2,000 cases were detected, with around 13 million people being locked down. After three asymptomatic cases were discovered, there are also more than a million Yuzhou residents confined to their homes.
Omicron cases have not been reported in either Yuzhou, or Xi’an, where the culprit is the Delta variant. Tianjin is seen as a crucial location due to the Winter Olympic Games being staged there in February. It is just one hour from the capital of Beijing.
Organisers of these games are clearly very aware of the effect an outbreak might have, with Huang Chun, one of the officials, stating that they are relying on the integrity and co-operation of all the athletes who will be particpating.

“If the mass cluster transmission happens, it will impact the games and the schedule for sure”, said Chun, adding, “The worst scenario, if it happens, is independent of man’s will, so we leave our options open”, as reported by metro.co.uk.

Over 4,000 students in China including young primary school kids are being sent off to the covid camps in Anyang City in Henan Province. pic.twitter.com/M4zDj3EpBN