Commemorating 60 years of the Rolling Stones as a band 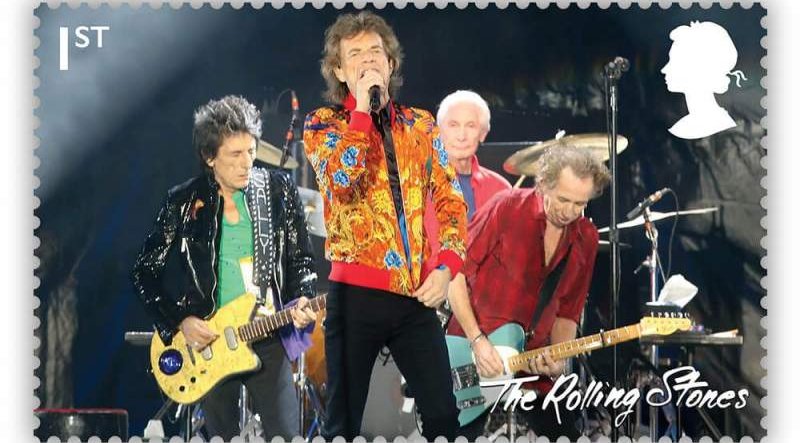 One of the 12 different stamps Credit: Royal Mail

COMMEMORATING 60 years of the Rolling Stones as a band, the Royal Mail is to issue 12 stamps on January 20 alongside a whole bunch of expensive souvenirs.
For decades, rules existed to make it impossible for any living person to appear on a British stamp which carried either the Royal Cypher or the Monarch’s head.
Looking back, so many great achievements were given a very simplistic treatment, with, for example, the 1966 World Cup Winners issue being a simple overprint onto a generic scene of two footballers.
Even if a person had died there had to be a significant period before their portrait could appear on a stamp, although this rule was varied on the death of Sir Winston Churchill.
There were a few mistakes such as the 1999 Freddie Mercury appearance on a Millennium stamp but it wasn’t until 2005 when the England team that won the Ashes was shown.
Since then, the floodgates have opened although initially the argument was that they should be part of a team which then expanded to include film stars and individual stamps were issued for Olympic Gold Winners.
The Rolling Stones set is now the fifth devoted to rock bands or stars, following The Beatles, Queen, David Bowie and Pink Floyd although those mainly depicted the musicians on album covers.
The new Stones stamps only depict the latest version of the band including the late Charlie Watts so there is no room for founder members Brian Jones and Bill Wyman or former guitarist Mick Taylor.
If you wanted to purchase the set, the miniature sheet, the prestige booklet, the first day covers, the presentation packs, the postcards, the silver replicas and the gold foil versions, it would set the ardent collector back around £450 (that’s not a proof-reading error) and if you wanted all 39 items offered on the Royal Mail website, just keep on adding!
As an aside, the Gibraltar Government which was not allowed by the Foreign Office to issue a John Lennon/Yoko Ono stamp when the couple were married on the Rock, recently sold the rights to a commercial company to issue a series of ‘coins’ in silver and gold replicating the Rolling Stones tongue logo, but for various reasons (perhaps of taste) they did not bear the Queen’s effigy but a simple crest on their reverse.
Thank you for reading ‘Commemorating 60 years of the Rolling Stones as a band’ and remember that all articles produced by Euro Weekly News may be accessed free of charge.