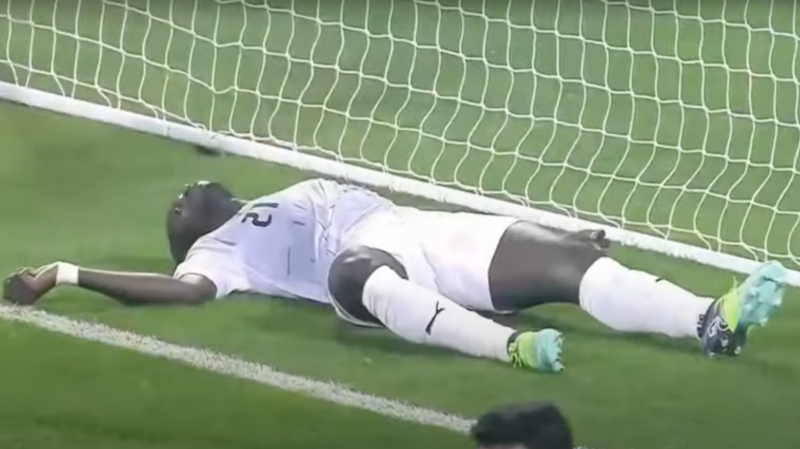 32-YEAR-OLD footballer Ousmane Coulibaly, who plays for Qatar side Al Wakrah, suffered a heart attack mid-game in harrowing scenes over the weekend – while 18-year-old São Bento midfielder Lucas Santana also collapsed during his game.
Former Panathinaikos star and Mali international Ousmane Coulibaly suffered a heart attack during a league game in Qatar on January 8, in a game that featured former Real Madrid and Everton player James Rodríguez.
The player, who spent 12 years playing in Europe, collapsed in the goal during his side’s game against Al Rayyan in the QNB Stars League.

A league statement confirmed the 16-cap international had suffered a heart attack.
The statement read: “During the QNB Stars League match between Al Rayyan and Al Wakrah on Saturday, Ousmane Coulibaly suffered a heart attack which required the intervention of medical and ambulance staff present at the venue.
“It may be noted that the player is currently receiving necessary medical care and attention.
“The Qatar Stars League wishes the player a fast recovery, and we would like to thank the medical staff of both teams, paramedics and doctors for their great efforts during such events.
“Regarding the status of the match, it was agreed to end it and complete the remaining time later starting with the score when it was stopped (1-0 in favour of Al Rayyan).”
The harrowing scene shows Coulibaly shaking behind the goal-line in the net before players rushed to his aid. An ambulance later enters the field and takes him to the hospital.
The game was abandoned. Al Rayyan were 1-0 up at the time of the horrific incident thanks to Shojae Khalizadeh’s 19th-minute goal after an assist from Rodríguez.
Over the same weekend, Lucas Santana collapsed during his side’s clash against EC São Bernardo in the São Paulo Football Junior Cup and on Thursday, January 6, Swiss Olympic athlete Fabienne Schlumpf revealed she had been diagnosed with myocarditis.