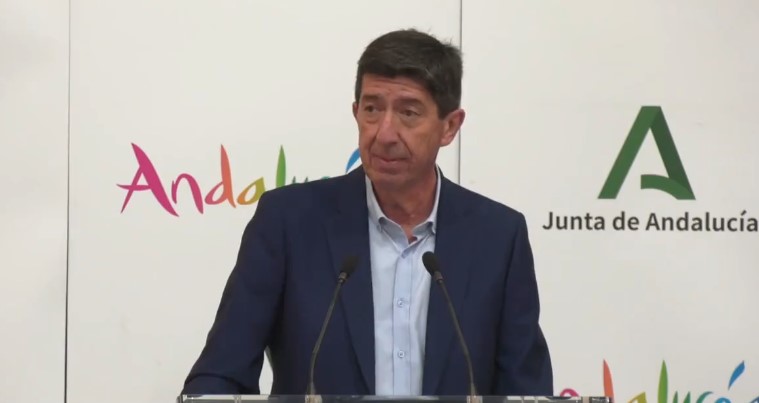 Juan Marin, the vice-president of Andalucia has been admitted to a hospital in Andalucia this morning, Tuesday, January 11. It is believed that it is not a serious issue, and analyses are being carried out to determine the problem.

Juanma Moreno, the president of Andalucia gave an update at the end of the meeting of the Governing Council which Mr Marin had been attending when he was taken ill. He reportedly began to notice some tension and dizziness issues as he was posing for a photo with the rest of the councillors in the Alcazaba of Almeria.
Jesus Aguirre, the Health Minister – who is a doctor – offered assistance at the first sign of t problem. Marin is known to have suffered recurrent heart problems in the previous legislature, from which he recovered. Sources close to Mr Marin indicated that he had suffered several weeks of severe stress, due to various circumstances, including politics.

Prominent members of the other Andalucian political parties spoke out on social networks expressing their concern about the state of health of the vice president, after hearing the president’s announcement.

Juan Espadas, secretary-general of the PSOE-A, and a candidate for the Presidency of the Junta de Andalucia, sent his encouragement to Vice President Marin through his Twitter account. He voiced his concern, trusting that it was nothing too serious, and wished him a quick recovery.

Inmaculada Nieto, spokesperson for the United Parliamentary Group of United We Can for Andalucia, and head of institutional policy for Izquierda Unida, did the same, posting on the Izquierda Unida Twitter account, as reported by diariodesevilla.es.