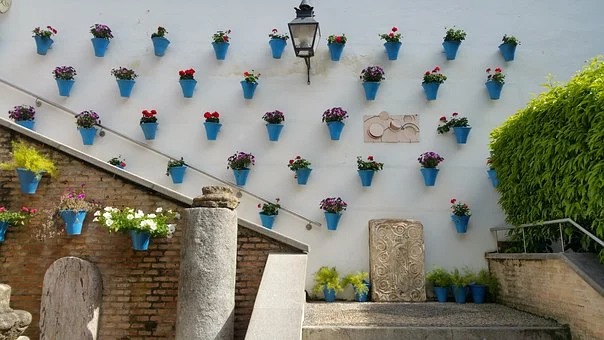 Stunning places to visit in Spain: Andalucia’s Cordoba.
Both national and international tourists will be wowed by a trip to Spain’s Cordoba. The city is the capital of the Cordoba province and it belongs to the autonomous community of Andalucia in southern Spain. The stunning city lies at the foot of the Morena Mountains and is only around 130 kilometres from Sevilla.
The city showcases Spain’s culture and fascinating history. Cordoba is thought to have been a Carthaginian settlement. The city has a multi-layered past and it prospered under the rule of the Romans.
Cordoba is said to have been the greatest city in Europe during the 10th century. At this point in history, it beat both Rome and Paris for its architectural, academic and artistic feats. The city is home to the UNESCO-listed mosque La Mezquita.
Cordoba is also home to a stunning variety of gastronomy and crafts and charms visitors with the Judería, the old Jewish quarter.

Places to visit in Cordoba

Anyone heading to Cordoba should make sure they visit La Mezquita, the Great Mosque.
The mosque was built for the Caliphate of Cordoba in the eighth century. It is a masterpiece of architecture and is UNESCO-listed. The mosque is said to be one of Moorish Spain’s most outstanding monuments.
Visitors can wander through the Puerta del Perdón and into the stunning patio of oranges, Patio de los Naranjos, to be greeted by the fragrant smell of oranges.
After the patio of oranges, visitors reach the stunning prayer hall in the mosque via the Puerta de las Palmas. The prayer hall houses a staggering 850 plus columns and arches.
Prayer niches or mihrabs can be found in the prayer hall which point to Mecca. The mosque showcases Cordoba’s multicultural heritage and in 1523 Catholic monarchs converted it into a cathedral.
Visitors hoping to enjoy Cordoba in full bloom should head to the Fiesta de los Patios de Cordoba. The festival is usually held in May each year and brings in tourists by the droves. It is the chance for local residents to put on a show and win a prestigious prize for the most attractive patio.
During the festival, local residents welcome visitors into their private homes and courtyards. There they will be greeted with stunning displays of potted carnations, geraniums and other flowers. The courtyards make for a wonderful visit and travellers can check out ornate Moorish architectural details and decorative tiles in many areas.
The Judería or Old Jewish Quarter showcases Cordoba at its best. Visitors can meander down narrow lanes complete with tranquil squares and whitewashed houses. The area has a unique atmosphere.
Two Jewish monuments can be found in the area on Calle Judíos. The historic neighbourhood features the 15th-century Mudéjar-style synagogue and the House of Spanish Jews, Casa de Sefarad.

Local specialities in Cordoba include Naranja con Aceite y Bacalao. The dish is made with cod, oranges and olive oil. Anyone with a sweet tooth should test out the Arab influenced Pastel Cordobés which are said to be delightful.