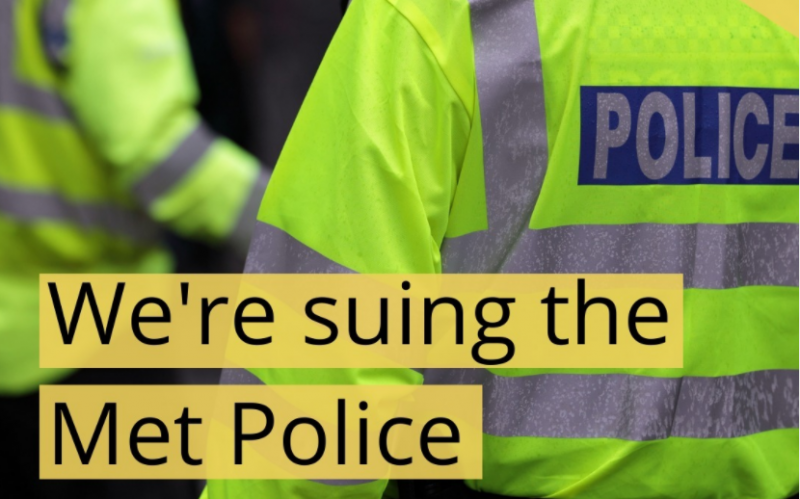 The Good Law Project, a non-profit organisation, has announced this morning that they are suing the Met Police over its handling of the Downing Street lockdown parties.

Following even more information about Downing Street parties when the UK was in the grips of the health pandemic, non-profit organisation The Good Law Project has announced on its Instagram account this morning that it will be suing the Met Police over the handling of the claims.
The Instagram post reads: “We believe the Met Police’s failure to investigate the Downing Street parties is unlawful. We’re suing.”
“If you’d like to support this legal action, all the details are via the link in our bio.”
The Crowd Justice page has a target of £30,000, of which £9,829 has already been pledged from 525 people and there are still 29 days to go.
The page reads: “In the very building where the rules were being made, were they also being broken?”
“In 2020, as the country went into a strict Covid-19 lockdown, No 10 staff were reportedly having Christmas parties. And videos have emerged of those closest to Boris Johnson, including his then press secretary, laughing as they practised how to lie to us about it.”
“Multiple reports have emerged that parties took place in November and December in Government buildings – clearly breaching ‘tier 3’ restrictions. Yet, unbelievably, the Met Police claim there isn’t enough evidence to open a criminal investigation into this.”
“So before Christmas, we wrote to the Met asking them to explain or reverse their refusal to investigate these alleged unlawful parties. Since then, yet another Downing Street Party has come to light.”
“We’ve now received the Met’s response – but it raises more questions than it answers, and strongly suggests their refusal to investigate the alleged No 10 parties was unlawful.”
“The Met says they concluded that further investigatory work would be required before they could decide whether to bring charges, but rather than attempting to do this, they just closed the case.”


“Their attempts to justify that decision really don’t make sense. First, they say they relied on the Government’s assurances that no rules had been broken. Then, they say there would have been no point in interviewing No 10 staff about the parties because they would have refused to answer questions that exposed them to a risk of prosecution.”
“In what other crime would police decline to investigate because the suspect assured them no rules had been broken? And those justifications can’t both be true; if no rules were broken, there’s no risk of self-incrimination.”
“It is not good enough for the Met to delegate their investigative duties to the press and civil servants. We don’t believe they would make such concessions for anyone else accused of breaking the law.”
“The Met seem to be operating a two-tier system, with one rule for those in power and one rule for everyone else. We think that sets a dangerous precedent, with serious implications for public trust.”
“We are suing the Met Police to force them to investigate the party that took place on 18 December. If we win, it could have a knock-on effect for all the parties held at Downing Street. Those in power broke the rules – repeatedly. They should face the same consequences as everyone else.”
“Details: We’ve instructed Bindmans LLP and Danny Friedman QC and Adam Wagner are acting as counsel.”
“10% of the sums raised will go to Good Law Project so that we can continue to use the law for a better world. It is our policy to only raise sums that we reasonably anticipate could be spent on this litigation. If for some reason we don’t spend all the money raised on this case, for instance if the Met Police backs down or we win, the donations will go towards supporting other litigation we bring.”